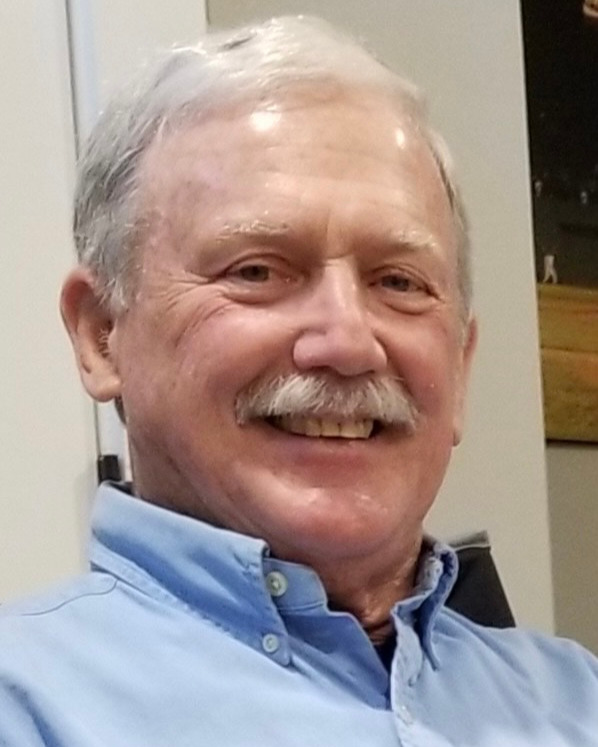 Thirty-eight years ago, John “Jay” High and his wife, Connie, bought a camp on Big Averill Lake in the Northeast Kingdom of Vermont for their family. On Saturday, September 3rd, surrounded by love and beauty, Jay passed away at camp. Overlooking the lake, with Connie and his girls by his side and with Rod Stewart and Bruce Springsteen playing softly in the background, camp was closed, the screen door slammed one more time, and he was at peace.

The oldest of four brothers, Jay was born November 19, 1948, in Manchester, NH, to Edward and Helen (Gazda) High. He enjoyed many youth sports including baseball, golf, and hockey. As a Manchester East Little League player, he twirled a no-hit, no-run victory for Swanson’s on May 21, 1961. He graduated from Bishop Bradley High School in 1966 and enrolled at Northeastern University. After his attendance at Bruins’ practices outperformed his academic progress in Boston, Jay transferred to New Hampshire College from which he later graduated in 1972. As a student at NHC, Jay was the goalie for the hockey team and helped build the first open-air ice hockey rink on campus. Upon graduation, he accepted a position at Ford Credit where he remained for his entire career.

Jay married the love of his life, Connie St. Cyr, on August 7, 1971. Together, in their 51 years of marriage, they welcomed their two daughters, Kristen and Stephanie and as a family, they celebrated the joys and weathered the storms of life. Jay enjoyed playing golf at the Derryfield Country Club, was a top-notch goalie, had a true love of hockey and baseball, and was an avid fly-fisherman. He loved watching the Red Sox and Bruins, seemingly able to recall ridiculous stats from any single game as well as those from his own little league, golf tournaments, and college hockey days.

He was so happy to spend time with his grandchildren and enjoyed watching Cam play baseball, hockey and golf and encouraging Ryan, Ally, and Megan in their loves of soccer, field hockey, theatre, and hunting. He unapologetically beat us all at cribbage and kings’ corner.

Jay founded the Manchester 40+ Hockey League, the Manchester Fly Fishing Association, and served as a volunteer off-ice official for Manchester high school hockey programs and the Manchester Monarchs for many years. He was considered the “Voice of the JFK,” announcing hundreds of hockey games. His love of and dedication to the Manchester Christmas High School Hockey tournament was crowned by having the opportunity to announce his grandson’s goals as Concord High School won the tournament in 2019 and 2021.

Accepting early retirement from Ford at only 51 years of age, Jay was able to spend more than twenty years pursuing his favorite activities, traveling the country with Connie, and spending time with his kids and grandkids at their camp in Averill, VT.

Beyond his fishing holes near and far, Jay’s favorite destination was Yellowstone National Park, traveling there almost every year since 1987. Jay and Connie spent the summer of 2002 living in the park as volunteer rangers at the Lake Station. His dream to gather everyone there was fulfilled when his daughters’ families surprised Jay and Connie with a vacation to Yellowstone in October 2015. From their cabin on Henry’s Lake, they toured the park, fished, went horseback riding, enjoyed amazing food, and he taught his 10- and 11-year-old grandsons about fantasy football gambling.

A gathering of family and friends will take place at Phaneuf Funeral Homes and Crematorium, 243 Hanover St., Manchester on Saturday, September 10th from 2:30 to 6:30 PM. The family requests that, in lieu of flowers, donations be made in Jay’s memory to one of the following hockey or golf scholarship funds: The Samantha C. Smith Fund (www.scsfund.org) or the McDonough Scholarship Foundation (www.mcdonoughgolf.com). To view an online tribute, send condolences to the family, or for more information, visit https://www.phaneuf.net

To order memorial trees or send flowers to the family in memory of Jay High, please visit our flower store.