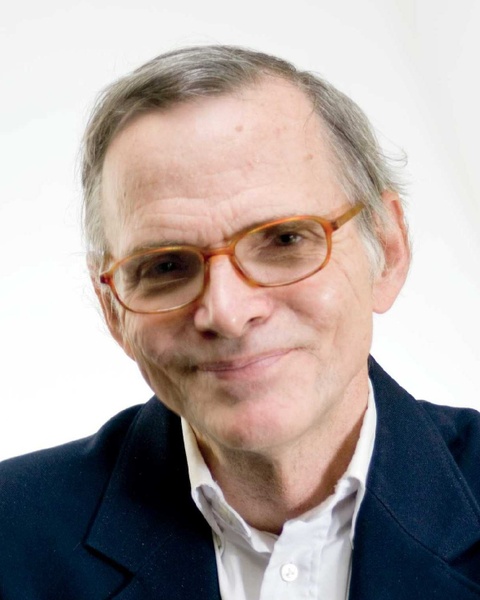 Jack was Born Sept. 23, 1945, in Meriden, CT, youngest of the three children of the late Bernard and Norma (Hills) Kenny. Educated in Meriden schools, Jack was a 1964 graduate of Platt High School, Meriden. He then enlisted in the U.S. Marine Corps and served two tours of duty in Vietnam.

Landing in California upon his return to the U.S., he hitch-hiked his way across the country. “My last ride dropped me oﬀ at my front door in Meriden, where I was greeted by my mother and grandmother who seemed delighted to see me -- and a large German shepherd, who growled and snarled.”

He then enrolled in classes at Greater Hartford (CT) Community College, receiving an associate degree in English. Encouraged to pursue his bachelor’s degree, he went north to Saint Anselm College, earning a

B.A. degree in English in 1975. During his years at Saint Anselm, Jack attracted notice for the clear, pointed and entertaining style of his column, “The Conservative Heretic,” published in the student newspaper.

Perhaps best known for his ardent pro-life columns in Manchester’s Union Leader and Sunday News newspapers, Jack followed virtually every piece of legislation and candidate on the state and national levels advancing the pro-life cause as well as those advocating abortion. His enthusiasm for baseball was nearly as deep as his pro-life advocacy, and he was always delighted to tell baseball stories. Among the highlights of his life was a trip to Rome for the ordination of a friend’s son to the priesthood: an event that he recorded in several of his columns. A fervent Catholic, Jack frequently discussed the teachings of the Church and often attended the traditional Latin Mass. An avid hiker, Jack climbed many of the Granite State’s “4000 footers”, and only days after his 70th birthday, he decided to climb to the summit of Mount Washington, the Northeast’s highest peak.

“I had hoped to get a lift back down, but by the time I made it to the top, it was getting dark and it looked like everybody was gone. I should have planned better; Mount Washington is not a mountain to take lightly. But luckily, I was able to ﬂag a hiker on the ridge, who gave me a ride down from the summit.”

Over the years, Jack worked as a correspondent and columnist for The Union Leader, with many of his columns attracting national attention, especially during the New Hampshire Primary season. He also wrote for The New American and New Hampshire Business Review. In 2002, he twice interviewed legendary Red Sox left ﬁelder Ted Williams for a NH Business Review story. His work also appeared in numerous other publications in New Hampshire and elsewhere, including Medium, The Concord Monitor, Lawfare, Mondaq, New Hampshire Magazine, Manchester Ink Link and the Wanderer newspaper.

Jack was in the trenches for Republican candidates each election cycle: “Obviously”, he would tell friends, “Ronald Reagan was the most successful,”. Moreover, he was on a ﬁrst-name basis with many members of the national press corps, because his knowledge of New Hampshire politics – and baseball – was encyclopedic and also because he could be good company.

He would occasionally meet up with conservative columnist Patrick J. Buchanan, twice a candidate for the GOP presidential nomination and a former White House aide and adviser to Presidents Richard M. Nixon, Gerald Ford and Ronald Reagan. Buchanan and Jack would go to breakfast from time to time. Indeed, he adopted and adapted Buchanan’s moniker, “Pitchfork Pat,” as his own, such that newspaper editors and publishers, political oﬃcials and candidates and even Catholic prelates and pastors frequently received messages from pitchforkjack@gmail.com

Active in several Catholic parishes in Manchester, including Ste. Marie, Saint Joseph Cathedral and Saint Raphael, Jack often described himself as a “roamin’ Catholic.” He participated in numerous public forums on public issues at the New Hampshire Institute of Politics on the Saint Anselm campus. He was also a member of the Knights of Columbus, the St. Vincent de Paul Society, the Sweeney Post #2 of the American Legion, and the Fr. William J. Shanahan Division 1 Post of the Ancient Order of Hibernians

Jack is survived by his sister, Elizabeth (Betty) Louise (Kenny) Dorn of Mesa Arizona, two nephews and two nieces, as well as his goddaughter, Lynn (Ivers) Walder of Watertown, MA who was with him at the time of his death. He was predeceased by his brother, Terrence, in 2021.

ARRANGEMENTS: Visitation will be held at the St. Joseph Cathedral, 145 Lowell St., Manchester on Wednesday, Sept. 28 from 9:00 to 10:00A.M. followed by the Liturgy of Christian Burial at 10:00AM. Interment with Military Honors will be on Thursday, Sept. 29 at 10:00AM in the New Hampshire Veterans Cemetery, 110 Daniel Webster Hwy, Boscawen. Assisting the family with arrangements is the Phaneuf Funeral Home, Manchester. In lieu of flowers, memorial donations in memory of Jack Kenny may be made to the Penacook Pregnancy Ctr, 659 Chestnut St, Manchester, NH 03104 or to St. Benedict Abbey, PO Box 67, Still River, MA 01467. To view John's Online Tribute, send condolences to the family, or for more information, visit www.phaneuf.net.

To order memorial trees or send flowers to the family in memory of John "Jack" Arthur Kenny, please visit our flower store.