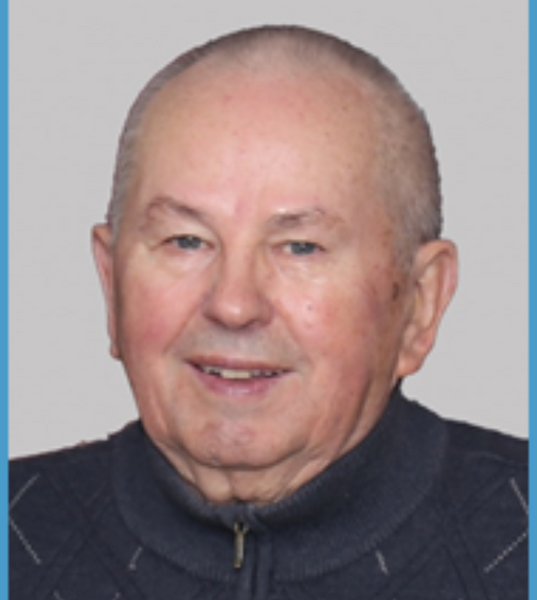 John Laskowski, 87, passed away Monday, July 26, 2021 in Manchester, NH. He was born on March 13, 1934 to Janek and Franciszka Laskowski, spending his childhood growing up on their family farm.

He was the husband of Wanda (Gurzeda) Laskowski. They were married on November 22, 1959 in Kownaty, Poland.

John served in the Polish Army then later graduated from tailoring school. He moved to America with his wife Wanda, in 1961, settling in Holyoke, MA. John worked in a paper mill, TRW Wire and Cable and then nearly 40 years at US Tsubaki as a machine operator and setup-man making automotive timing chains. He always worked a second job as a tailor at many fine men’s clothing stores in MA and CT. John the tailor and Wanda the seamstress always did alterations for family and friends from their home as well.

John was a leader in the Polish community of Western Massachusetts, having served as the President of the UNITAS organization for decades. He was a communicant at the Mater Dolorosa Church in Holyoke, MA and later at the Parish of the Transfiguration in Manchester, NH, upon moving to NH following his retirement in 2001. John enjoyed saltwater fishing, fixing things, watching the Red Sox and spending time with family and his grandchildren. His work ethic was second to none having left lasting impressions on his children and grandchildren.

He was preceded in death by his son Andrew Laskowski. John is survived by his loving wife of 61 years Wanda of Manchester, NH, his son Dariusz and wife Lisa Laskowski of Goffstown, NH, grandchildren Regina of Watertown, MA, Nicholas of Brookline, MA, Andrew of Manchester, NH and Cassandra of Arlington, MA.

Services will be held privately. In lieu of flowers, donations may be made to: The American Cancer Society.

To order memorial trees or send flowers to the family in memory of John Laskowski, please visit our flower store.