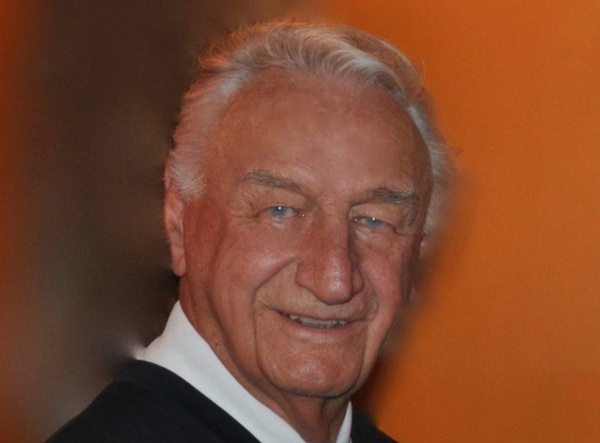 John J. Levandowski, Sr., 97, of Manchester, passed away on May 12, 2022, at Hillsborough County Nursing Home in Goffstown.

He was born in Derry on November 15, 1924, the son of Paul and Zophie Levandowski. He was a World War II US Navy Veteran and received a victory medal for his service on the USS Fuller in Pearl Harbor. His first job after the military was a stable hand at Rockingham Racetrack, where he developed a longstanding love of horse racing. For many years, he owned and operated Murphy Dental Lab, until his retirement in 2007. He was an avid golfer and long-time member of the Derryfield Country Club, where he recorded three holes in one. His true spirit and personality shined on the course.  He was the oldest member of the club, playing his last round on his 97th birthday. He was known as “The Legend.” He was a parishioner of Blessed Sacrament Church. Earlier in his life, he coached youth baseball and basketball and never missed a Celtics game. He was the widower of Grace (Bibeault) Levandowski who died in 2010, and was predeceased by two sons, Thomas Levandowski in 2007 and John Levandowski in 2019. He was a loving dad, grandfather, and great grandfather. His wit and humor will be remembered by all who knew him.

Calling hours are at Phaneuf Funeral Homes and Crematorium, 243 Hanover St., Manchester on Tuesday, May 17th from 5 to 7 PM. A Mass of Christian burial will be celebrated on Wednesday, May 18th at 10:00 AM in Blessed Sacrament Church. Burial with military honors will follow in the NH State Veterans Cemetery at Noon. In leu of flowers donations may be made to Blessed Sacrament Church, 15 Elm St, Manchester, 03103  To view an online tribute, send condolences to the family, or for more information, visit https://www.phaneuf.net

To order memorial trees or send flowers to the family in memory of John J. Levandowski, Sr., please visit our flower store.