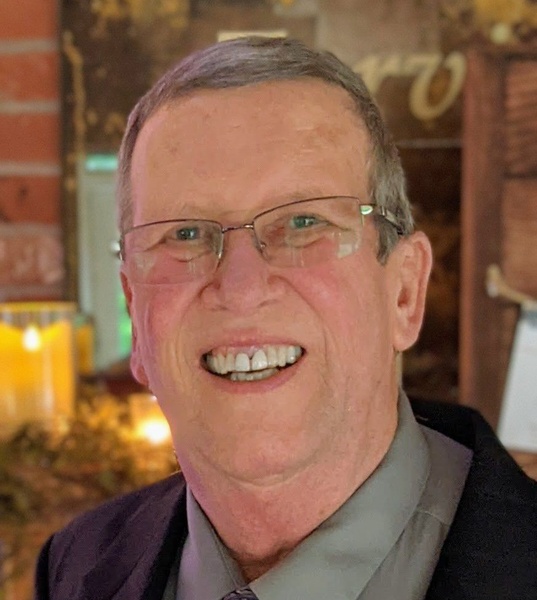 John grew up in Somerville where he met Marietta, the love of his life, at Somerville High School. They spent their first day together in detention for talking in class. He left high school at the age of 17 to work and assist the family with finances. In February of 1969 he avoided the draft by voluntarily joining the Marine Corps. It was there he completed his high school education and began his further education. He often said that “He was the only one that wanted to go to Vietnam”. He served in the 3rd Marine Aircraft Wing of the 1st Marine Expeditionary Force which was activated during the Vietnam War and remains an active force today. He was proud to serve his country and whole heartedly believed in the fight for freedom.

John often considered himself as living on borrowed time due to an event during the war that nearly took his life. He lived from that day on with a kind heart, full soul, and a gentleness rarely seen. He returned from Vietnam and finished his service in 1972. Soon after he married Marietta and began his career as an air monitoring technician in the environmental industry. His career took him to Illinois for three years where his first son was born in 1975. A move back to Somerville in 1977 saw the birth of his second son and the purchase of a home in Maynard, MA about a year and a half later.

It was in Maynard that he and the family settled, and new opportunities presented themselves. In 1980 John moved the family to Saudi Arabia on an amazing adventure that took the four of them around the world visiting places that they could only dream about just the year before. For Amartech, in the oil fields of Saudi Arabia, he worked with and trained people from all over the world and managed to keep the peace among them. He played softball at night and took every liberty available to travel with his family. His assignment ended after two and a half years when they all returned to their home in Maynard where he created the life he always wanted.

John was best known for throwing epic pool parties and would do anything to make sure people had a great time. Although his career kept him traveling the globe, when he was home his entire focus was on his family and friends. There was nothing he wouldn’t throw on the grill, attempt to fix himself, or do for his wife and sons. Possible best known for his goofy smiles and outdoing himself each year with Christmas lights, he made instant friends wherever he went.

In 2000 John slipped comfortably into a semi-retirement from the environmental industry, moved into an RV with Marietta and lived a camping lifestyle for a few years. It took him to Knoxville, TN where he would take on odd jobs to keep busy and make new friends. After buying a house without wheels in 2005 he eventually ended up as the operator of the Wild Eagle roller coaster at Dollywood. He found his true calling there where he would torment thousands of people daily with his quirky sense of humor just before the ride began by leaving the PA system on and asking “OK, which button do I push again, not this one right?” He was loved through out the park and enjoyed new hobbies of minor league baseball, NASCAR, and gardening.

A return to the north in 2016 John and Marietta moved to New Hampshire to be closer to the family. He continued his newfound love of minor league sports where he could often be found at both baseball and hockey games weather dependent. In fact, his whole life he was so attuned to the weather he kept personal daily logs of weather conditions. His gardening skills developed and the care he took into the plants showed. He was so proud of everything he could put on the table, from the smallest of tomatoes to the largest eggplant.

Even as he became ill, he would not slow down at all and less than two months ago he could be found with both his boys, out in the front yard, chainsaw in hand, cutting down trees. John was a dedicated husband to Marietta, proud of his sons and the lives they made for themselves, a kind and caring grandfather, and a true friend to everyone. He absolutely loved life, everyone in it, and during his final moments still managed to make his family giggle.

John is survived by his loving wife of 49 years, Marietta Lopshire, sons David Lopshire and wife Mariah of Rowley, MA, and Mark Lopshire and wife Gwenne of Derry, NH, grandsons Noah and Grant, sister Sharon Swift of Vero Beach, FL, numerous nieces, nephews, cousins, every instant friend he made around the world, and Betsy, his beloved Beagle.

John was preceded in death by his Father LaVerne Lopshire, his mother Marguerite (Palmer) Usher and her husband Jack.

In lieu of flowers, donations may be made in John’s name to the Disabled Veterans of America at https://www.dav.org/.