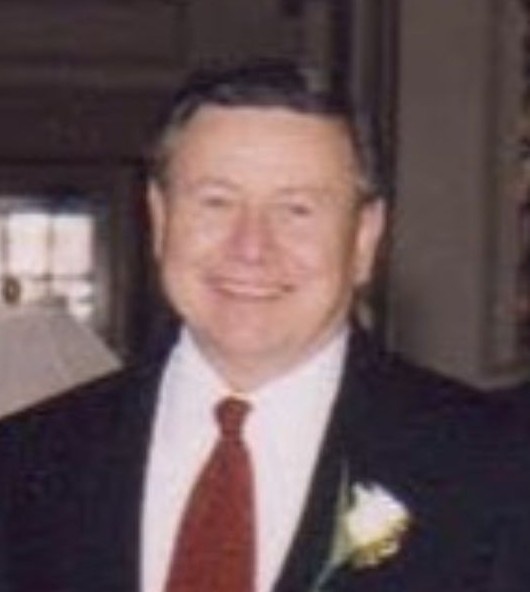 John James Regan, (Jack) 81 of Bedford, New Hampshire, peacefully passed away at home with his wife, Jayne, by his side on July 24, 2021. Jack was born in Danbury, Connecticut on September 10, 1939, the son of Arthur J. and Josephine (Meyers) Regan and grew up working hard at a milk farm and as a caddy which grew the love of golf. Shortly after graduating from Central Catholic High School in 1957, Jack followed the path of his three older brothers and enlisted into the United States Navy. He was assigned to the USS Investigator and the USS Dupont as a radio operator and was selected to send and receive morse code messages for the newscasters of Life and Look magazines. Jack enjoyed his post naval years as an avid collector and managing his antique auto parts business, “The Antiques Parts Depot”.

Jack’s greatest joy in life was his son Paul, a New Hampshire resident, who is his only child with his first wife, Irene Kearns (deceased, 2012). Jack and Paul had an inseparable father/son bond. As a devout Catholic, Jack readily shared his faith and his Medals of the Virgin Mary from Medjugore showing compassion and patience while lending an ear to those who needed a confidant.
He was an influential part of his seven grandchildren’s lives, such as dressing up for Halloween, attending grandparent days or inviting grandkids to stay for the summer! His happiest and most adventurous days were being a loving and devoted husband and companion to Jayne.

A history buff and storyteller, he enjoyed many discussions and books with family and friends. He was a spirited card player and loved a challenging crossword, a great cup of coffee and his honey dipped donuts! He will be sorely missed by family and friends.
Jack is predeceased by his brothers, Arthur, Charlie, and Tom. He is survived by his loving wife of 30 years, Jayne (Perocchi – Donahue), his son Paul, Jayne’s three children Kathleen Donahue Betz, John Donahue and wife Beth Donahue, and Laurel Donahue Rubin and husband Bruce Rubin as well as his seven grandchildren, Michael, Colleen, Emily, Morgan, Samantha, Olivia, and John Thomas and his very special granddog, Ben.
He is also survived by his sister, Sister Teresa Regan of Wellesley, MA, brother Eddie Regan of Melbourne, FL. and many extended family.

SERVICES: Visitation will be held Friday, July 30, 2021 from 9am-10:30am in the Phaneuf Funeral Home and Crematorium, 243 Hanover St., Manchester. A funeral Mass will be celebrated at 11am in St. Elizabeth Seton Church, 190 Meetinghouse Rd., Bedford, NH with burial taking place in the NH State Veterans Cemetery in Boscowen. For further information, directions or to leave a condolence, please visit www.phaneuf.net

Jack’s immediate family would like to give special thanks to Jack’s close personal friend and trust confidante Father Ronald (Ron) Bourgault, (retired), Franklin, NH as well as to the Manchester, NH VNA team and more recently, the Amedisys VNA & Hospice teams.

In lieu of flowers, donations in Jack’s memory may be made to New Hampshire Food Bank, Catholic Charities at https://www.cc-nh.org/programs/nh-food-bank/

To order memorial trees or send flowers to the family in memory of John James Regan, please visit our flower store.
Send a Sympathy Card