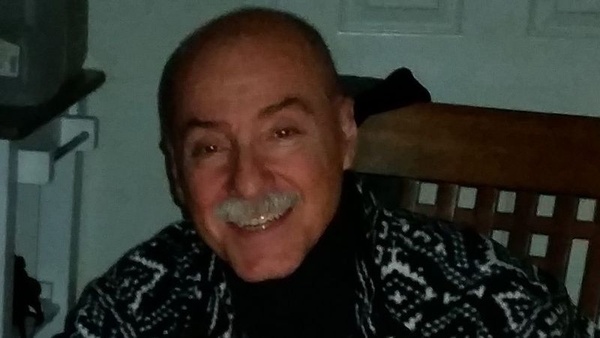 Jon Kevin Wheeler, 65, of Manchester, passed away peacefully on January 27, 2021 at Pine Rock Manor in Warner, NH, with his son, Jonathan and daughter-in-law, Amber by his side.

Jon was born in Manchester, NH on April 3, 1955, the son of the late Charles and Barbara (Clark) Wheeler. Jon enjoyed a long career for Airgas of Manchester, as a Branch Manager for over 30 years until his retirement. He loved freshwater fishing, was an avid hunter and was an outdoorsman. A perfect day for Jon would be time spent with his family, a long walk in the woods or watching and cheering on his grandson at his baseball and flag football games. He was a man of many stories with an infectious smile, boisterous laugh and quick witted humor that lit up the room. He was truly one of a kind, a special father, brother, uncle and friend that will be forever missed and never forgotten.

He was predeceased by his loving wife, Jenni (Maiocco) Wheeler who he simply adored. He was also predeceased by a brother, Charlie Wheeler. He will forever be remembered as a loving father to his son, Jonathan "Jon" Wheeler and his wife Amber of Manchester, NH and daughter, Kayla Wheeler of Manchester, NH. He will also be forever remembered by his grandson Camden Wheeler, whom he held an incredible bond with, his grand daughters Ava and Allison Anzalone, his sister-in-law, Annie Pleatsikas of Hampton, his nephew, Evan Wheeler and his niece Meredith Wheeler.

A memorial gathering will take place at Phaneuf Funeral Homes and Crematorium, 243 Hanover St., Manchester on Friday, February 19th from 4 to 7 PM. A graveside service will be held later this spring in Franklin Cemetery in Franklin, NH. Please note that current restrictions and regulations require those in attendance to wear face coverings and practice social distancing. To view an Online Tribute, send condolences to the family, or for more information, visit www.phaneuf.net. In lieu of flowers, memorial contributions can be made to the Alzheimer's Association, located in Bedford, NH.
To order memorial trees or send flowers to the family in memory of Jon Kevin Wheeler, please visit our flower store.
Send a Sympathy Card