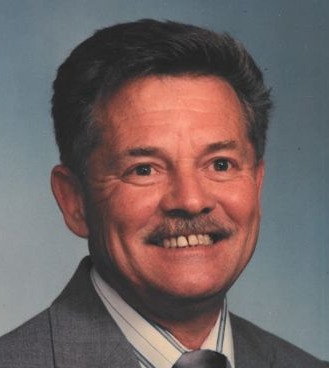 Joseph A. Grimard, Jr., 86, of Weare, passed away on January 4, 2022, on the day of his 42nd wedding anniversary, at Catholic Medical Center with his beloved family by his side.

Joe was born in Manchester, NH on September 25, 1935, the son of Joseph Sr. and Lauretta (Cloutier) Grimard. At the age of 16, he joined the United States Marine Corps and was attached to the 3rd Marine Air Wing in Jacksonville, FL. He retired from Local #1044 and then worked as a glazier with United Glass for many years. He loved hunting, deep-sea fishing, snowshoeing, and long walks with his black labs. He also enjoyed riding his motorcycle and sidecar with his wife by his side and going to the casino. He recently adopted a rescue dog named “Behr” who was always by his side.

Family members include his wife and love of his life, Simonne (Bergeron) Grimard; a son Joseph A. Grimard III and his wife Vanessa of Derry; two daughters, Jodee Volpe of Manchester, and Karen Shepard and her companion Eric Baker of Candia; a sister, Janice Johnston of Manchester; a brother, Ronald Grimard of Manchester; three wonderful grandchildren, Devin Volpe and his wife Marissa, Tina Grimard and her fiancé Stephan of RI; and Joseph Grimard IV of RI; a brother-in-law, Alfred Bergeron of CA; and many nephews, nieces, cousins, and friends.

In addition to his parents, he was predeceased by a sister, Patricia Del’aquilla and by a stepson Craig M. Johnston.

A memorial gathering will take place at Phaneuf Funeral Homes and Crematorium, 243 Hanover Street on Thursday January 13th from 10:00 to 11:00 with a memorial service to follow in the funeral home chapel at 11:00. A committal service with military honors will take place after the funeral home service in Mt. Calvary Mausoleum. In lieu of flowers, donations may be made in his memory to the ASPCA at https://www.aspca.org. To view an online tribute, send condolences to the family, or for more information, visit www.phaneuf.net.

To order memorial trees in memory of Joseph A. Grimard, please visit our tree store.