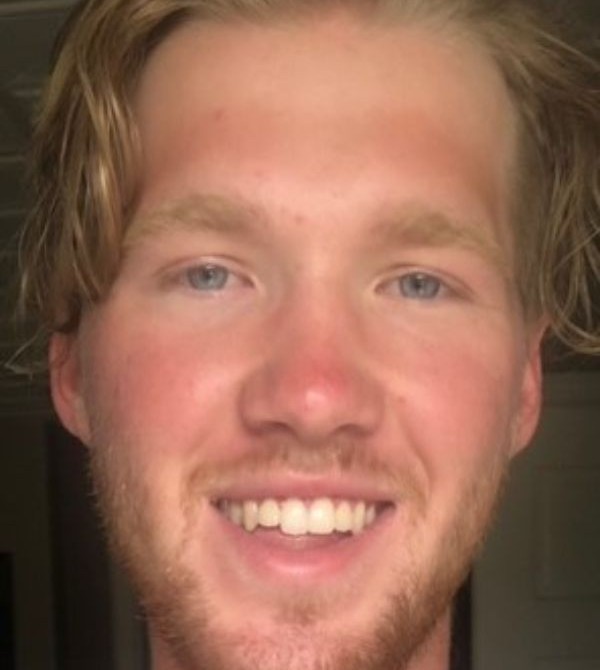 Keegan A. Orzechowski, 21, of Bow, NH passed away on August 3, 2021 of natural causes. He is the beloved son of Brent Orzechowski and Jennifer Borr.

Keegan was a member of Bow High School Class of 2019 and played Bow hockey. He also took classes at Southern New Hampshire University. He worked at JBC Utility in Bow, a job he loved. There he found his place with an amazing group of people. He knew the value of working hard, bringing friends together and being a loyal friend who would listen and help in any way he could.

Keegan was so eager to start his life’s adventure that he entered this world two and a half months early… and oh, the places he went! While Dublin, Ireland was his favorite, he also traveled to Spain, Cuba, and Italy. His recent trip to Texas and his annual Memorial Day weekend camping trips were among his most memorable.


Keegan’s passion for journey and adventure notwithstanding, his real love was spending time with his friends in any form, for any occasion and shenanigans ensued. He had a large band of brothers who enriched his life and supported his successes—Arthur, Cole, Zack A. x2, Corey, Zach R., and the B Brothers. He loved snowboarding so much that he built a 15-foot jump in his backyard for him and his friends to ski and snowboard. Backyard basketball pick-up games were a weekly occurrence. He also looked forward to spending a week every summer on Lake Winnipesaukee, trips to Disney World and camping with family and friends.

One of Keegan’s favorite hobbies was designing and creating projects with his Grampy Jeff in his workshop. Most recently he created subwoofer box for the pickup truck he loved so much. Keegan also had a newfound love of air fryer cooking thanks to Jim and Betty, who admired and loved him as family.


Besides his parents, Keegan is survived by his sister Anya, his Grammy Marcia McWethy and Grampy Jeff Singer of Wilmot, his Grampy Leonard Borr of Bedford, MA and his Nana June Orzechowski of Hooksett, Uncles Richard Orzechowski and his wife Andrea of Hooksett and Ryan Orzechowski and his wife Nicole of Hooksett, Cousins Kaitlyn, Benjamin, Seth, Ian, and Nora, his adored dogs Loki, Comma and Miller and an amazing group of friends. Keegan was predeceased by his Papa Ozzie, who he loved and cherished very much.

A Celebration of Life will be held at the Puritan Conference Center, 245 Hooksett Road, Manchester, NH 03104 on Friday, August 20th from 6 to 9 p.m.

In lieu of flowers donations in Keegan’s memory may be made to Easterseals NH Early Supports and Services, 555 Auburn Street, Manchester, NH 03101 or at easterseals.com/nh.


Family-Centered Early Supports and Services (ESS), in partnership with families and caregivers, utilizes each child’s natural curiosity to create experiences that enhance growth and development within the first three years of life. They provide services in natural environments, which include the home, relative’s home, childcare center or home childcare, and other community settings.

To order memorial trees or send flowers to the family in memory of Keegan A. Orzechowski, please visit our flower store.
Send a Sympathy Card