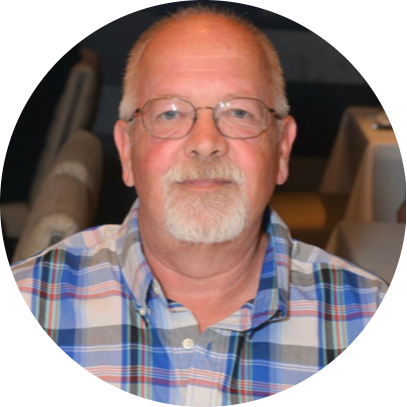 James “Keith” Johnson, 63, died Sunday October 16th, 2022 after his courageous battle with
cholangiocarcinoma, surrounded by his loved ones at his home in Bethlehem, NH. He was born
on September 19, 1959, in Burlington, NC, the son of John “Larry” Johnson and Patricia (Reid)
Kaltmayer.

Keith grew up with his parents and siblings in Gibsonville, NC under the shadow of the water
tower, where he spent much of his time exploring outdoors. As the older brother he enjoyed
antagonizing his siblings, fishing, dancing, and singing. In his adulthood he enjoyed playing
music and eventually met his wife Diane Johnson of Tully, NY while performing “Wonderful
Tonight” - by Eric Clapton (a song that would play much importance in their relationship
ongoing). When Keith spotted Diane walking in he was struck by love at first sight. When he
finished the set he immediately broke off the relationship he was in to pursue Diane whom he
had not even been introduced to. Keith and Diane were married on December 5th, 1992, in
Pennsylvania. They lived in NC and later moved to NH where they raised their family.

Keith was a long-standing employee of the local Walmart where he met some of closest friends.
He spent the majority of his life with his family and friends doing things like fishing, camping,
going on family vacations, making a mean BBQ, and having an ice-cold blue moon from time to
time. Keith was a self-taught house-hold handyman whose motto was, “it’s good enough for
Fairview.” He was well known for his jokes, stories, and catch-phrases that will forever be
shared. The last few years of his life he spent enjoying being a PawPaw to his grandson Reid
and spending time with his adult children and all of their friends (his adopted kids).
Keith is predeceased by his grandmother, Pearl Mae Jones Reid, and his father, John Larry
Johnson, as well as many extended family members.

Visitation will be 4:00pm-6:00pm November 4th, 2022, at Pillsbury Phaneuf Funeral Homes in
Littleton, NH. A funeral service will be held at 11:00am November 5th, 2022, also located at
Pillsbury Phaneuf Funeral Homes with Reverend Darlene Kelley officiating. Interment will follow
at the Maple Street Cemetery located at 17 Cruft Street in Bethlehem, NH. Family and friends
are welcome to attend. Following, there will be refreshments available at Rek-Lis Brewery's Pint House in Bethlehem, NH from 1PM-4PM.

In lieu of flowers the family requests donations be made to the Elephant Voices in honor of Keith
and his lifelong love for elephants. Further information regarding this organization can be found
at elephantvoices.org.

Assisting with arrangements is the Pillsbury Phaneuf Funeral Home in Littleton, NH.
To view Keith's Online Tribute, send condolences to the family, or for more information, visit https://phaneuf.net/.