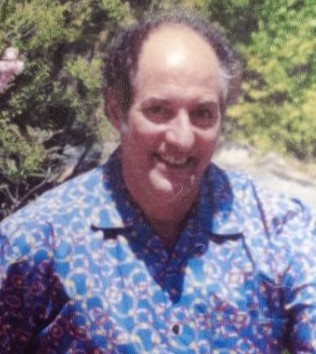 Kenneth P. Besheer, of Bedford, NH, passed away on January 4th, 2022. He was born on December 5th, 1945, to the late Paul & Marie (Coppola) Besheer, and would go on to marry his best friend and partner for life, Jacqueline Farah, with whom he shared over 40 years of marriage.

Born in Brooklyn and raised on Staten Island, Kenneth grew up enjoying the serenity that Clove Lakes Park gave him, and always kept New York in a special place in his heart. After high school he attended Polytechnic Institute in NY. He was drafted and later enlisted with the Air Force during the Vietnam War. He was a lifelong patriot and was always proud of his service and his country. Upon his return from service, he briefly worked at IBM before pursing his true passion in art & graphic design. He spent the rest of his life doing what he loved by starting a business with his wife hand painting decorative tiles, those of which can be found in homes, museums, the US Senate Gift Shop, National Parks and in retail stores. He truly loved what he did and did what he loved. He later settled in NH in 1983 and would remain there for the rest of his life.

Those who had the privilege of knowing Ken will remember a kind, patient, generous and loving man. Many knew him to love the outdoors, as he always seemed to be in the garden tending to his vegetables and flowers, at the park enjoying the nature, or filling his house with many houseplants and flowers. He also loved to cook, especially for guests. His whole family was acutely aware of his culinary prowess. Most of all, Ken loved his family immensely, and will be deeply missed by all those he touched.

Ken has joined his parents Paul & Marie in heaven. He is survived by his wife Jacqueline Besheer and also his 3 sisters Irene Besheer, Deborah Canary & Karen Dudzinski as well as many nieces, nephews, extended family members and friends.

In Ken’s memory, donations can be made to the Wounded Warriors Project.

To order memorial trees or send flowers to the family in memory of Kenneth P. Besheer, please visit our flower store.
Send a Sympathy Card