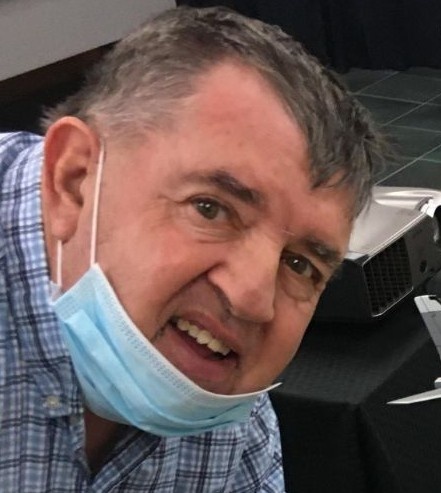 Ken was an exceptional guy who grew up in Amherst, NH, and was a custodian in the Amherst School System for more than 20 years. He was also known in that town as "the mayor" because he greeted everyone by name and was well-liked for his quick smile and easy demeanor.
Starting in his late 30s, Ken became active in Special Olympics and he competed in skiing, swimming and golf meets regularly. His apartment was heavily decorated with multiple frames of his many medals. His most recent coach, Beeje Larsson, was a great mentor and friend to Ken and she brought him enormous comfort when Ken's parents both passed in 2018.
Ken was an enthusiastic golfer and was often seen golfing at Intervale Country Club in Manchester with his friend Pastor Gary Hamilton of the TowerHill Church in Auburn. Ken also volunteered at the TowerHill food pantry on Saturdays where he enjoyed helping to set up the pantry and distributing food.
In the past several years, Ken had volunteered at the NH Aviation Museum, where he discovered a community of like-minded individuals who were as passionate about planes and aviation as he was. The Museum, led by Jeff Rapsis, proved to be yet another place where Ken was treated with respect and where he could contribute to something bigger than himself.
Ken leaves behind his sisters Vicki Pelczar and her husband Stanley, and Heidi Copeland and her husband, Michael Wozmak, as well as cousins, nieces and nephews, and many kind and generous friends.
A Memorial Service will be held at 5:00pm Wednesday, October 13th at Phaneuf Funeral Homes & Crematorium, 243 Hanover St, Manchester. Masks are mandatory at the memorial and the family asks guests to wear something blue, if possible. Memorial contributions may be made to Special Olympics of NH. To view an online memorial, leave a message of condolence, or for more information please go to www.phaneuf.net.

To order memorial trees or send flowers to the family in memory of Kenneth R. Copeland, please visit our flower store.
Send a Sympathy Card