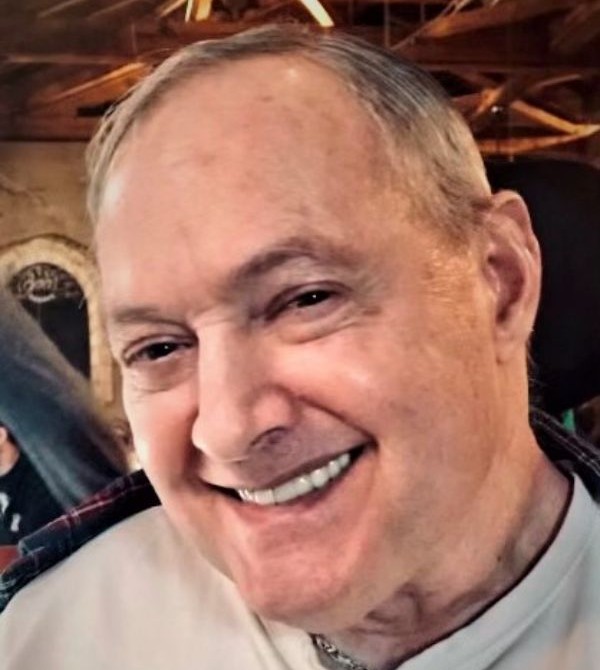 Laurence David Spiller, 72, of Manchester, passed away peacefully on October 22, 2021 at Catholic Medical Center surrounded by his two loving daughters.

Larry was a strong, loving and supportive father who was extremely proud of his two daughters. He will always be remembered for the sparkle in his eye, his sly grin, generosity, humor and easy-going nature.

Larry was born in Detroit, Michigan, on June 23, 1949. He was predeceased by his mother, Elaine Kittredge Gimas, of Manchester, who died in 2001, and his grandmother, Eleanor Coffin Kittredge Marks, who died in 2011 at the age of 104.

Larry spent his childhood years living on Armory Road in Milford and his high school years on Sagamore Street in Manchester. He often spoke of happy memories with his uncles, Bub and David, to whom he was very close. He often reminisced about spending time summers at Camp Mi-Te-Na and playing high school football. Larry graduated from Central High School in 1967 and studied drafting at UMass Lowell. He started his career at Sanders Associates in Nashua as an electro-mechanical designer. Larry dedicated 36 years to the company, retiring at the age of 55 after Sanders had been renamed BAE Systems.

He was a stoic man who was known for telling jokes and was always the life of the party. Larry was an avid outdoorsman who loved to play golf, fish, hunt, ski and snowmobile. He also enjoyed traveling to warm destinations — especially Aruba and St. Maarten. Larry looked forward to attending Red Sox games at Fenway Park in Boston, which he did often since 2013 with his daughter Karen. He was also a New England Patriots fan, never missing a game on television. Always smiling, Larry was a very humble and courageous man, and the most giving person you would ever meet. “He is just the best man I know,” said his best friend.

Larry’s daughters meant the world to him. His youngest daughter, Sherri, would visit him in New Hampshire after his illness prevented him from flying to Florida. His oldest daughter, Karen, would take him to out to eat at his favorite restaurants, The Puritan Backroom and T-Bones, where they would catch up and enjoy long talks. She cherished their special time together, even if it was just to drive to a doctor’s appointment.

After spending years living in Nashua, Larry moved to The Courville at Manchester, where he thrived for six wonderful years. He had deep friendships with the staff, and truly loved his aides and nurses. His favorite pastime (besides watching sports, Forensic Files or Family Feud on TV) was basking in the sun in the Courville courtyard to get his vitamin D and maintain his golden glow. Larry was very popular at Courville, where he always had many visitors, all of whom kept him looking forward to the next day. His battle with serious medical conditions over many years showed his bravery in facing life challenges with his hallmark smile.

While he will be missed dearly, his daughters are ever thankful for his full life, and know he is able to walk again and reunited with the many loved ones who passed before him.

The family would like to extend an extra special thank you to the amazing staff at The Courville at Manchester and Catholic Medical Center who went above and beyond for Larry.

A Visitation will be held on Wednesday, October 27th from 4-5pm at the Phaneuf Funeral Homes & Crematorium, 243 Hanover Street in Manchester. A funeral service will begin at 5pm in the funeral home. Family and friends are kindly invited to attend.

In lieu of memorial flowers or donations, the family asks that you simply spend quality time with your loved ones, especially those who reside in long-term care homes.

To order memorial trees or send flowers to the family in memory of Laurence David Spiller, please visit our flower store.
Send a Sympathy Card