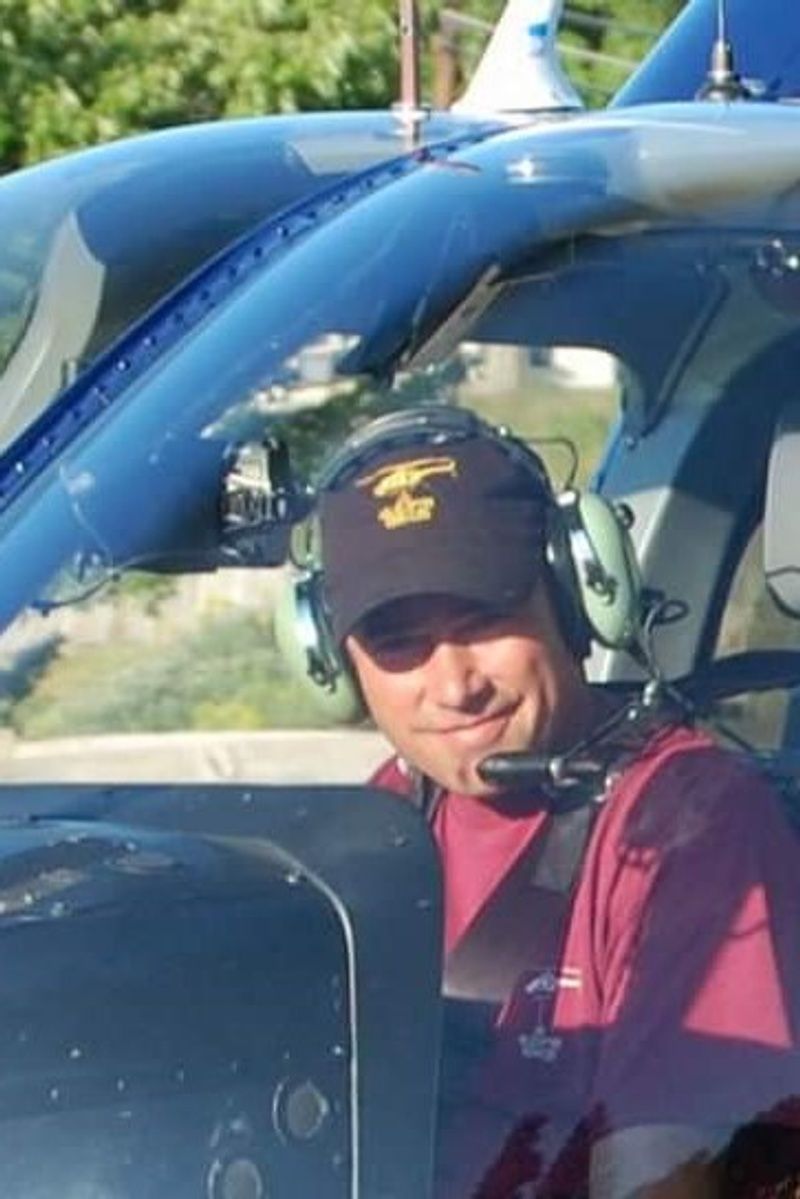 Leo R. Boucher, a helicopter pilot and resident of Loudon, New Hampshire, died unexpectedly and peacefully in his sleep on April 20, 2021 at his home. He was born in 1963 in Manchester, New Hampshire; the son of Alice A Boucher and the late Leo J. Boucher Jr.

Leo graduated from Manchester West High School in 1981. One week after graduation he enlisted in the U.S. Army where he served 6 years as a helicopter mechanic while living in Germany and Alaska. After his Army service, he worked as a helicopter mechanic for PHI in Louisiana. During his days off at PHI he worked for T&M Aviation part-time as a sheet metal fabricator. Eventually he moved full time with T&M to begin his pilot career. Starting out, he got his fixed wing pilot's license. Then he worked on his helicopter license. He worked very hard over many years to obtain his license. After T&M, he worked for JBI in New Hampshire as a pilot and mechanic. Every person he worked with loved his work ethic and his kind personality. At the end of his career, he worked for Rotor Blade. Leo's helicopter pilot career consisted of many interesting flight jobs all over the U.S. He worked in the MA cranberry bogs, heli-firefighting, wildlife population counts, infrared power line inspections, shuttling supplies to AMC huts in NH, fertilizing forestry and blueberry fields in Maine, flew the camera crew for the NASCAR races in Loudon NH, many months at a time on a tuna boat off the coast of Australia, trimmed trees along high voltage power lines, helicopter tours during balloon festival in Pittsfield NH, and was part of the Flying Santa program, bringing Santa Claus and lots of presents to many islands off the Maine coast to name just a few.

Leo's passion for helicopters started in high school with remote controlled helicopters which he learned to build from scratch. He spent many hours training himself on a computer simulator, honing his skills before he took to real flight with one of them. Leo loved to go fishing and scuba diving. He went on a South Pacific scuba diving trip. As far as fishing, it didn't matter if it was saltwater, freshwater, or even crawfishing in the swamps of Louisiana. He simply loved being on the water, fishing pole in hand. Leo had two goals in his life; to become a pilot and to build a log cabin on Clough Pond in Loudon, NH. He spent many years researching and designing the details of the cabin from where the logs came from, the tongue and groove wall material, and even picking out his extravagant heating system. He spent countless hours chinking, staining, rockwork and building the stairs and log beds in the cabin by himself. Toward the end of Leo's life, even though he suffered from a catastrophic spinal cord injury in 2014, he still found numerous things to occupy his time; building puzzles with a special tool since his hands didn't work very well, spending time with his two beloved golden retrievers; service dogs, Alyeska and Denali. He even could still go trout fishing on Clough Pond in his handicapped accessible pontoon boat.

We would like to extend our heartfelt gratitude to all the R.N.s and L.N.A.s who made it possible for Leo to stay in his home for all these years.
Visitation and celebration of life will be Saturday June 5th from 2-4 p.m. at Phaneuf Funeral Home, 250 Coolidge Ave., Manchester NH. Family and friends are welcome to attend. Phaneuf Funeral Homes and Crematorium have been entrusted with arrangements. To view an online tribute, leave a message of condolence or for more information please visit www.phaneuf.net.
To order memorial trees or send flowers to the family in memory of Leo Robert Boucher, please visit our flower store.
Send a Sympathy Card