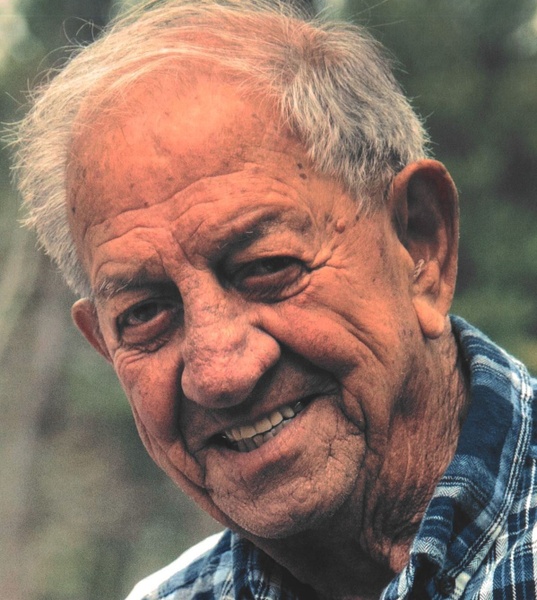 It is with profound sadness we announce the passing of the patriarch of the Nacos clan, Leonidas “Louis” C. Nacos, 93, of Manchester, NH. Throughout his final days he was surrounded by family and he peacefully passed away on Sunday, August 8, 2021 at his residence.
Louis was born on July 17, 1928, in Manchester, NH the son of the late Costas Nacos and Yianoula (Tsakalos) Nacos. He was predeceased by his brother John Nacos. Louis was a lifelong resident of Manchester, NH where he attended local schools, graduating from Manchester Central High School in 1947 where he excelled in basketball and football. Prior to enlisting in the Army, he married his childhood sweetheart Georgia, they have been married for nearly 70 years.
He was a veteran of the US Army and served during the Korean Conflict from 1951 – 1953. He was a member of the Sweeney Post and The VFW.
Louis was very proud of his Greek heritage and showed it by being extremely active member of his church, St. George Greek Orthodox Cathedral. He was a very unique individual starting with how he obtained his name. He was baptized by the GAPA- Leonidas Lodge. He had many Godfathers. He was a lifelong member of NOA Club where he served as President. He was also a member of the Order of AHEPA, Chapter 44 of Manchester, NH where he served for several years as Vice President. He also served on the Election Committee for the St. George Board of Directors.
Louis had a passion for all sports but his favorite was golf. Being a father with three sons who shared his passion they made up the greatest foursome. They competed in many father -son tournaments. However, they didn’t need a tournament to play golf, they had their own custom made shirts so everyone would know they were a team, and off they’d go to golf. Louis coached basketball at St. George Cathedral for several years and to this day he is still referred to as “Coach”. He also enjoyed an afternoon at The Rockingham Park with his friends and brother-in-laws for the Horse Races.
In his younger days he competed in city and state Cribbage Tournaments and was a member of the National Cribbage League. He was a man who worked very hard to provide a wonderful life for his wife and children. He was employed as a Milkman, Breadman, Oilman (C Nacos and Sons), a roofer, in conjunction with working as a Beer Salesman for over 50 years primarily with Silver brothers and was known as the only draft specialist in the state of NH.
Above all, he was always family centered. He had a great love for his wife, sons and his only daughter, Debbie, who he loved to sing to. His most special moments were spending the holidays and time outdoors with his grandchildren and being overjoyed to become a great grandfather (Big Papou) to his three great grandchildren.
Dad’s philosophy all throughout his life that he passed on to his children was “When Alive- Live” and so he did !
Members of his family include; his wife, Georgia “Bessie” (Dakoulas) Nacos, of Manchester, NH; three sons, Charles “Chuck” Nacos and Jamie Hann, of Manchester, NH; Chris Nacos and his wife Kristin of Derry, NH; John Nacos and Maria Dongas, of Manchester, NH; a daughter Debbie Bissonnette and her husband, Ken of Manchester, NH; six grandchildren, Brian and Kristin Bissonnette, Samantha, Keygan, Jordan and Payton Nacos, three great grandchildren, Katherine, Cameron and Kaylimae Rand, and many nieces and nephews.
The family, especially Debbie, would like to thank the VNA Service Personnel for all their compassion and care. Thanks Sylvia and Lori.
SERVICES: Calling hours will be held on Sunday, August 15, 2021 from 4 – 7 PM at Phaneuf Funeral Home, 243 Hanover Street, in Manchester, during which a Trisagion service will be held at 6:30 PM. A funeral service will be held on Monday, August 16, 2021 at 12:30 PM at St. George Greek Orthodox Cathedral, 650 Hanover Street, in Manchester. Committal prayers, military honors and interment will follow at the NH State Veterans Cemetery in Boscawen at 2:30 PM.
In lieu of flowers, donations can be made to St. Georges Greek Orthodox Cathedral in memory of Louis Nacos.

To order memorial trees or send flowers to the family in memory of Leonidas C. Nacos, please visit our flower store.
Send a Sympathy Card