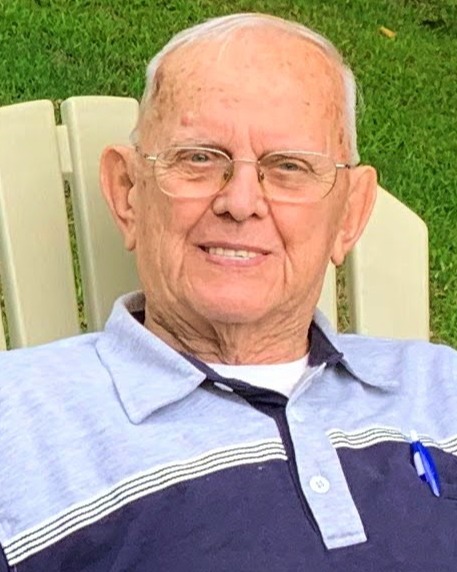 Lucien Bertrand Caza, 91 yrs. old, quietly slipped away to his “Eternal Home” on Dec. 13, 2022. His Family was by his side as he took his Final Exit from the Homestead, he built 66 yrs ago. He was born June 22,1931 in Manchester, NH., the son of Henri Caza and Maria (Champagne) Caza. He served in the US Army with time spent in Germany prior to his marriage to Lillian (Demers) Caza, predeceased in 2018, they had been married 63 yrs.

In the community, Lou was well known for his Entrepreneurial Mindset w/65+years in the automotive industry. His engaging smile was most remembered & known as part-owner of Caza & Vincent Motors. During his leisure time you would probably find him humming a tune while tinkering in his Barn. He Loved poker nights w/Siblings & Friends, Cruising, Music & Dancing, Boating Winnipesaukee w/Family. His All Time JOY was Driving His Cars!!to the Beach, Montreal, Florida. In his final months, a weekly ride to the Lake House was his highlight. Armed with His Kind, Compassionate, Approachable Spirit, his greatest passion of all was to serve others throughout his entire life. A Celebration of his “New Life” will take place early summer. Memorial Donations can be made to Home, Health & Hospice Care of Merrimack NH, VA or Veterans Charities of Choice.

To order memorial trees or send flowers to the family in memory of Lucien B. Caza, please visit our flower store.