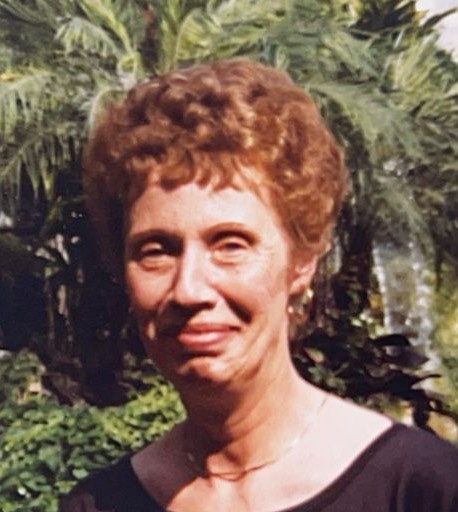 Nancy Louise (Peterson) (Davis) Ball departed this life into the loving arms of her Savior and Lord Jesus Christ, on January 14th, 2022.

Nancy was born in Manchester, NH on October 22nd, 1937, to Carl F. and Lea R. Peterson. She spent most of her young life in Manchester while residing at Baboosic lake during the summer months.

She graduated from West high school and began working for New England Telephone Company. She continued there until she left to raise her daughter, Lorna, in Milford, NH. Eventually she returned to the working world with employment at New Hampshire Insurance, John Hancock and then at Easter seals society where she was a prolific fundraiser for them; coordinating softball and basketball tournaments around the state.

She met a young military man from Kentucky who was stationed at Grenier field named Jim Davis and they were married October 14th, 1961. This union resulted in the birth of their only daughter, Lorna, on July 17th, 1962. In 1984 she met Art Ball and they married April 21st, 1989. There were no offspring from this union.

Nancy attended several churches Manchester including Faith Christian Center and Shiloh and Bethel fellowship of Hookset. In later years, declining health restricted her attendance at church but she continued to read and study the scriptures, and to walk with her Savior. She was a persistent prayer warrior and spent much time interceding for family, friends and nation.

During relaxing, she enjoyed a good crossword puzzle and doing crochet work, especially making snowflake decorations which still deck many Christmas trees of her friends. Nancy also loved animals and had several dogs and cats during her lifetime.

A celebration of Nancy's life will be held at Trinity life Community, 12 station road, Bedford, NH on February 12th, 2022 at 2:00 PM. Interment will be in Amherst NH in the springtime at the convenience of the family. There are no visiting hours.

To order memorial trees or send flowers to the family in memory of Nancy Louise Ball, please visit our flower store.