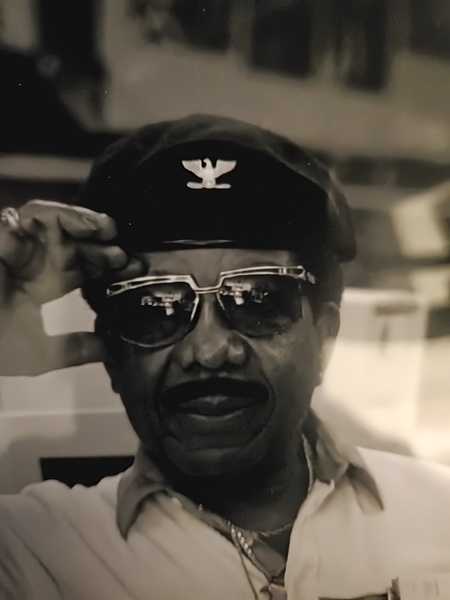 Nathan Harris, 87, of Manchester, passed away on April 12, 2022 in the comfort of his home. Born in North Carolina on August 2, 1934, he is the son of the late Alfonzo and Mollie (Mitchell) Harris.

Raised and educated in Baltimore, Maryland, Nathan enlisted in the US Air Force and was stationed in Manchester, NH. In 1955, Nathan married the love of his life, Constance Rose Palmer.  The young couple settled in Manchester and in 1955 were blessed by the arrival of their son, Michael, then, a few years later, another son, Anthony. In 1961, Constance passed away. In the decades that followed, Nathan cherished her memory and regularly visited her grave.

Nathan was a stern, but gentle man. He valued his time spent with family and loved his grandchildren. He was soft spoken and kind, and always available to his neighbors. He was a member of the Brookside Congregational Church in Manchester and very proud to say that he was a Justice of the Peace. When he wasn’t reading the bible or praying to his beloved God, he was tuning into a baseball or football game or listening to music.

Visiting hours will be held on Thursday, April 21st from 4-6pm at Phaneuf Funeral Home & Crematorium, 243 Hanover Street in Manchester. A funeral service will follow at 6pm in the funeral home. Interment and military honors will be held on Friday, April 22nd at 1:30pm in the New Hampshire State Veteran Cemetery, Boscawen. Family and friends are kindly invited to attend.

To order memorial trees or send flowers to the family in memory of Nathan Harris, Sr., please visit our flower store.