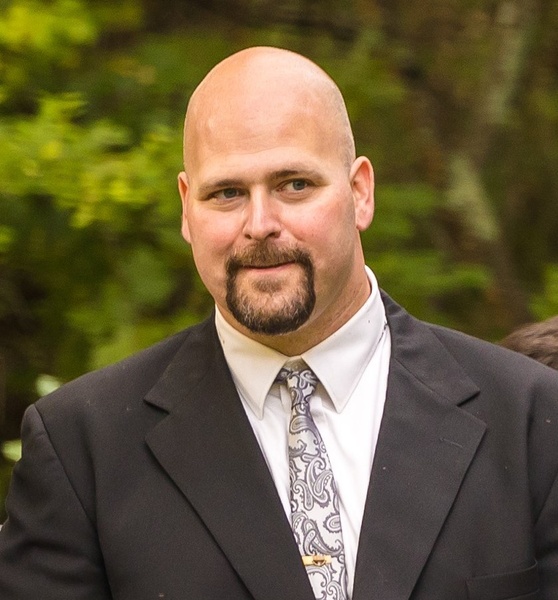 Nicholas John Clark of Skytop Farm in Warner, New Hampshire, was called home to be with his Savior on August 3, 2022. He was born on June 5, 1981 in Wayne, New Jersey, the son of Maryanne and the late David Clark.

He and his wife, Katherine Anne (Chamberlain) Clark shared 17 beautiful years together and had four children: Noah, Amelia, David, and Gideon.

Nick held a Bachelor’s Degree from Southern Connecticut State University and a Master’s Degree from Westminster Theological Seminary. He was an ordained minister of the gospel whose life’s work was caring for others in their most difficult times. Nick was the cofounder and director of North Country Christian Formation, a ministry of Trinity Bible Church in South Sutton, NH.

Nick loved spending time with his family outdoors, exploring new places and activities, and having tickle time with his children. Life in New Hampshire held special meaning for Nick as he eagerly embraced sugaring, woodworking, gardening, timber framing, wood milling, and cider pressing. He took great pride in his gourd and pumpkin patch and his dark maple syrup. He loved riding his motorcycle up Kearsarge Mountain in the evenings when all was still. Nick was a consummate Renaissance man and never met a project he wasn’t willing to tackle.

Nick trusted Christ as his Savior as a teenager and never looked back. One of his greatest joys was to see other people find the meaning and hope that he found in his relationship with Jesus.

In addition to his wife and children, Nick is survived by his mother, Maryanne Clark of Southport, North Carolina, his brother, Kevin (Karen) Clark of Newfoundland, NJ and  a large extended family including a pile of nieces and nephews whom he loved teasing, playing, and engaging in deep conversation.

If Nick knew you, he loved you and he wasn’t shy about letting you know. His homegoing has left a hole in the hearts of so many and he will be greatly missed. Our lives are richer for having known this kind and generous man with a brilliant smile.

In lieu of flowers, a scholarship fund has been created for Noah, Amelia, David, and Gideon (because, boy did we make some smart babies and their dad would have loved to see them use their gifts to their full potential). Contributions can be made at paypal.me/nickkateclark.

To order memorial trees or send flowers to the family in memory of Nicholas John Clark, please visit our flower store.