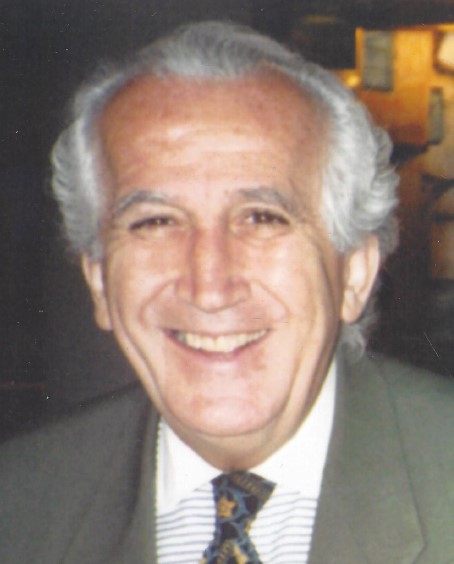 On May 17, 2022, Nicholas Demetrios Tzimopoulos of Medford, MA and Manchester, NH passed away peacefully in his sleep at Neville Center at Fresh Pond, Cambridge, MA, after a long struggle with dementia.  He was born on 19 February 1941 in the village of Eptachori, in the mountains of northwestern Macedonia, Greece to Demetrios Tzimopoulos and Soultana Davos Tzimopoulos. He was age 81.

Nick grew up in his mountain village until 1956 when at 15 he came with family to the United States, settling in Manchester, NH. After graduating high school, he attended UNH, where he earned a bachelor’s degree in chemistry/mathematics, then went on to Boston College where he earned both a Master of Science in Analytical Chemistry and a Ph.D. in Physical Chemistry. While a graduate student Nick served as a consultant and program coordinator to the Higher Education Program of the Boston Model Cities program. In the late 1970s, he served as Director of Research and Evaluation at Southern New Hampshire Services, a government non-profit set up to assist low-income residents.

His professional life was devoted to science education through teaching, research, curriculum development, and administrative roles in secondary schools, colleges and universities, up and down the East Coast. He began his teaching career in the Boston area, then moved to Florida to head the science and math departments at The Bartram School, a private girls’ school in Jacksonville. While there, he taught at the University of North Florida. Moving later to the Orlando area he taught at Valencia Community College. Drawn back north, he headed the science department for the Tarrytown, NY, Public Schools and taught at Pace University. Recruited by the Lexington, MA, Public Schools, he spent a decade as head to the science program there. He returned to New York, to the Freeport Public Schools, his last secondary school venture.

Dr. Tzimopoulos is an author of science textbooks for middle school sciences and for high school chemistry. He developed teacher resource guides for an innovative public television series. He presented teacher-training workshops in science concepts in most states and at national conventions. He was a member of, and an officer in, professional organizations including the New Hampshire Legislative Academy of Science and Technology, the Florida Academy of Science, the New York Academy of Sciences, the American Chemical Society, Sigma Xi, and the National Science Teachers Association, as well as state science teacher associations. He won many awards for his teaching and published non-textbook educational materials for both students and educators. He also served on the Examinations Committee of the American Chemical Society, contributing to the development of General Chemistry tests, 1985 and 1987, and Advanced High School Chemistry tests, 1984 and 1986, for the American Chemical Society/National Science Teachers Association. And notably, in each school district, Dr. Tzimopoulos promoted student participation in science research and science fairs, served as a mentor to many students and a facilitator in organizing the efforts of science fair committees in his local region and state.

Many of his friends will remember Nick not only as professor and science educator but as a musician. During graduate school, he put together an 11-piece band, Nick Tzimos and the Continentals, which played Greek, Middle Eastern, and European music at Greek functions throughout the New England area. He also performed frequently in restaurants and supper clubs in the Boston area. With great regret, he gave up his musician’s life when lab-hours for his Ph.D. research ate up his time. But his guitar was never far, and he played frequently for family and friends and at special events over the years.

Along with music, travel was a big part of his life. One foot in the States and one foot in Greece, he travelled frequently to Greece to visit family and friends and enjoy the climate and food. But no matter where he went, he found other Greeks. His mantra was “Greeks are everywhere” and he found Greeks just about everywhere: in a small icon shop on a busy street in San Juan, Puerto Rico, running Greek restaurants in Paris, France, in an Athens-quality night club in Sao Paulo, Brazil, to name a few. Other favorite travel destinations were Montreal, Quebec, and New York City to spend time with more family and more friends. These were the happiest times for Nick.

Visitation will be held on Tuesday, May 24th from 10:00 – 11:00am at the Assumption Greek Orthodox Church, 111 Island Pond Road in Manchester, NH. A funeral service will begin at 11:00am in the church. Family and friends are kindly invited to attend. Interment in Pine Grove Cemetery, Manchester, NH.

To order memorial trees or send flowers to the family in memory of Dr. Nicholas Demetrios Tzimopoulos, please visit our flower store.