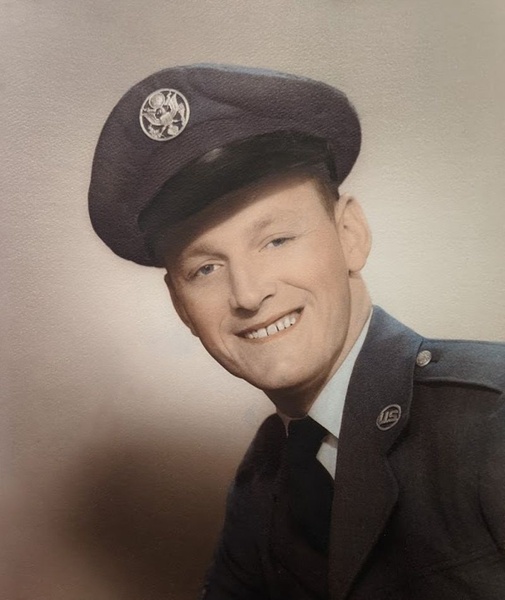 Paul Benson Fifield, 86, of Manchester, NH, passed away peacefully with his family by his side at the Jack Byrne Hospice Center on March 15, 2021 after a brief illness. Paul was born on January 12, 1935, a son of the late Harry Fifield and Lydia (Benson) Fifield Jacob. He shared 63 years of marriage with his late wife, Lorraine (Blanchette) Fifield.

Paul was born in Putnam, CT, where he was raised in a farmhouse alongside his sixteen siblings (he was one of six sets of twins). He joined the United States Air Force during the Korean War. While stationed at the Grenier Air Force Base, he met his wife, Lorraine, and they settled in Manchester and had three children: Joni, Robin, and Scott. He worked for several years at Grenier Field until its closure, and then did HVAC work for New Boston Air Force Tracking Station for many years until his retirement. Paul was a faithful New York Yankees fan, a longtime parishioner of Blessed Sacrament Church, and he enjoyed gardening in his spare time. Above all else, he was a devoted husband, father and grandfather who cherished time spent with his family.

Paul was predeceased by his beloved son, Scott Fifield, and his hero, grandson-in-law, Nathan Miller.

SERVICES: Paul will be laid to rest Friday, May 28, 2021 at 12pm at the New Hampshire State Veterans Cemetery, 110 Daniel Webster Highway, Boscawen, NH.

In lieu of flowers, memorial donations may be made to Wounded Warrior Project, PO Box 758517, Topeka, Kansas, 66675-8517.
To order memorial trees or send flowers to the family in memory of Paul Benson Fifield, please visit our flower store.
Send a Sympathy Card