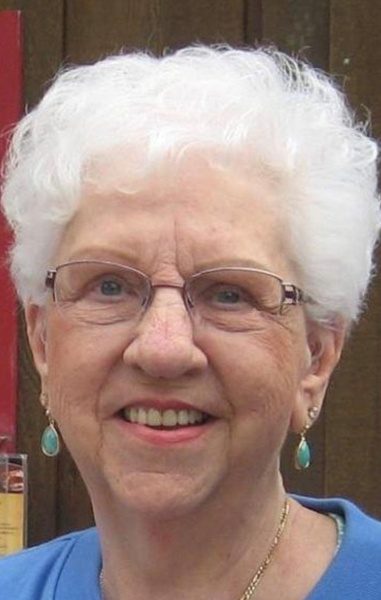 Pauline Eafrati, 89, of Manchester NH and formerly of Beverly Hills, FL passed away on May 31, 2022. She was born in Manchester on November 10, 1932, to Oscar and Claudia Pilotte and graduated from St George High School in 1950. She was married to Andrew LeBlond for 32 years until his passing in 1984. They were members of the “Octomates” social club where they enjoyed many memorable social events which were often published in the newspaper. She worked at Manchester Federal Savings for 15 years and was a communicant of St George Parish on Pine St.

In 1989 she married Louis Eafrati and they moved to Beverly Hills, FL in 1995 where they enjoyed over 20 years of retirement before moving back to Manchester in 2016. While in Florida she belonged to the Shuffleboard Club, the New England Club, The Red Hats and Beverly Hills Association. They enjoyed bus trips to Branson, Missouri and other destinations with her and Louis’ many friends. She was an avid bowler at both Lakeside Lanes and King Lanes while in Manchester and enjoyed playing cards “for pennies” with her sisters Irma, Blanche, Rita, Yvette and Lucille, crossword puzzles, crocheting blankets for her grandkids and reading. An avid Red Sox fan, her favorite saying was “everything happens with 2 outs” which more than often was the case. She also enjoyed attending her grandkids’ athletic events and would rarely miss a game.

SERVICES: Visitation with Viewing will be held on Tuesday June 7th from 4pm - 7pm in the Phaneuf Funeral Home and Crematorium, 243 Hanover Street, Manchester. A funeral Mass will be celebrated the following morning at 11:00am in St. Elizabeth Seton Church, 190 Meeting House Rd. Bedford, NH. All Are Welcome. Burial will take place in Mt. Calvary Cemetery following Mass. In lieu of flowers, a donation can be made in Pauline’s name to the Jimmy Fund, the NH Food Bank or St Jude’s Children’s Hospital. To view Pauline's online Tribute, send condolences to the family, or for more information, visit www.phaneuf.net.