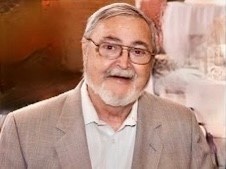 Peter Jon Desjardins, 78, of Deltona, FL, formerly of Northfield, NH, died peacefully on March 10, 2022 in his home, surrounded by family.

Peter was born in Boston, MA on November 27, 1943 to Elinor (Eastwood) and Emile S. Desjardins. Peter attended school in Whitefield, NH, The University of New Hampshire, and in Charleston, SC.  Peter married his wife, Marlene Martin on November 27, 1971 with whom he celebrated 50 years of marriage. Peter and Marlene have resided in New Hampshire for many years before recently relocating to Deltona, FL.

Peter played soccer at UNH, later becoming a referee and coach as he raised his family. He was also a proud member of the Phi Kappa Theta fraternity at UNH. Peter enjoyed most sports and regularly played golf. One of his favorite activities was attending as many games as possible where his children and grandchildren were participating. Before retiring after 20 years as a District Manager of Newspaper Circulation in New Hampshire and in Florida, Peter worked for 20 years in the resort hotel business. He was a lifelong Tampa Bay Rowdies and NE Revolution Supporter.

A funeral mass will be held on Friday, September 30th at 10:00am at St. Matthew Church, 9 Jefferson Road in Whitefield, NH. Interment will follow in Park Street Cemetery, Whitefield. Family and friends are kindly invited to attend.

Those who wish may make a memorial contribution to your local SPCA in honor of Peter’s love for animals.

To order memorial trees or send flowers to the family in memory of Peter J. Desjardins, please visit our flower store.