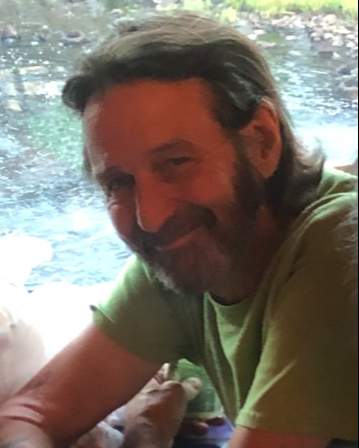 Prescott “Scott” M. Dagenais, 67, a long time resident of Hudson, NH, passed away unexpectedly on the morning of September 23, 2022 at Southern NH Medical Center, surrounded by his wife and children.  He was born on August 28, 1955 in Rochester, NH and raised in Somersworth, NH. After graduating, he earned his CDL and became a cross-country driver for a local moving company. Scott then transitioned into becoming a mechanic, operator, and driver for Jay-Mor Enterprises of Pelham, later Hudson, where he spent over 30 years of his career. He spent his last few years working with Tate Bros. Paving of Hudson, NH.

Scott is predeceased by his parents, Reginald and Pauline Dagenais, and his son, Russ Dagenais. He is survived by his wife of almost 40 years, Susan Dagenais, of Hudson, and their two daughters: Kristal Torpey, husband Mike, of Nashua, and Kari Dagenais, of Hudson. Scott is also survived by his two grandsons, Aidan and Vincent, of Nashua, whom he was so proud of and affectionately called him Pépère and Pepper, respectively. Additionally, he is survived by several cousins that he was grateful to have reconnected with in later years.

Scott was a devoted fan of The Doors, had a great appreciation for all things antique and vintage, especially cars, and enjoyed tinkering with his father’s old radios. Over the decades, he was fortunate to have built many lasting relationships and connections; most of which became his lifelong friends. One of his passions in later years led him to become an active member of the CB radio community, where he found a vast and close knit network of friends, as well.  When Scott wasn’t working on his Jeep or fixing something around the house, helping teach Aidan to drive or losing a wrestling match to Vincent, he could be found watching the classics while relaxing in his favorite recliner.

Amongst all the things he accomplished, Scott’s greatest happiness came from the life he created with his wife and soulmate, Susan. He took great pride in being a father to his girls and a Pépère to his grandsons. He gave them his love wholeheartedly and leaves them with his lifetime of experience, never ending knowledge, and, most of all, his sense of humor. Scott’s call sign “Lawbreaker55” came from his belief in always challenging the norm and being unconventional; a philosophy he felt best represented him in his initials “S.D.”, which he would tell you mean: “Something Different.”

You left us much too soon…

“May the skip always be clear and carry you far.”

In lieu of flowers please share your favorite memories and stories with the family.

SERVICES: A Celebration of Life will be held on Saturday, October 8th, from 1:00PM to 4:00PM at the Phaneuf Funeral Home & Crematorium, 243 Hanover Street, Manchester, NH. Family and friends are kindly invited to attend.

To order memorial trees or send flowers to the family in memory of Prescott "Scott" M. Dagenais, please visit our flower store.