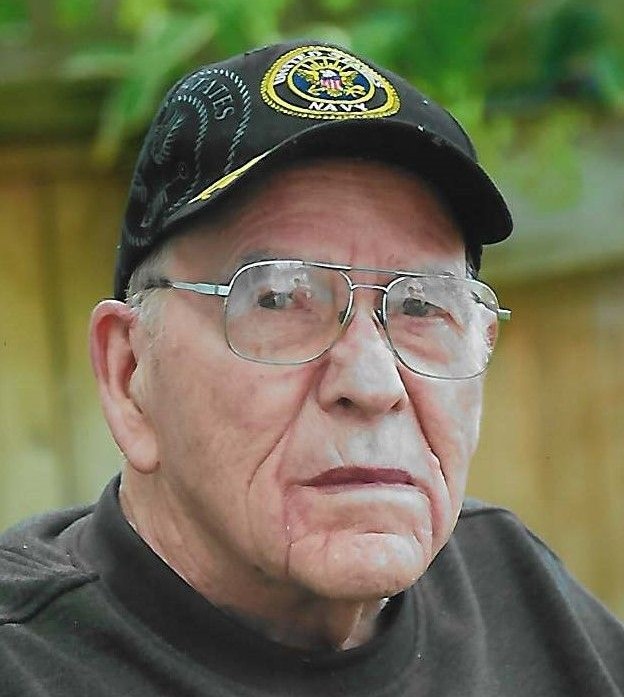 
Dick was born June 11, 1933 in Woodsville, NH to Raymond and Glenna (King) Choate. He grew up in Monroe, NH, graduating from McIndoes Academy. He served in the US Navy and later lived in Bristol, CT, Tucson, AZ, and then lived several years in Lisbon and Littleton, NH.

As a teen, Dick did farm work for Landy Ward in Monroe. After his Navy days, he worked various jobs, including Pratt & Whitney, Connors & Hoffman Footwear, Suburban Propane, Warren Wetherbee and Irving Oil. In his later years, he enjoyed transporting vehicles for Littleton Chevrolet and Crosstown Motors.

Dick loved reminiscing about his Navy Days, visiting Europe, skiing in the Alps, and time spent with his Navy buddies. He was a very patriotic man and became a member of the American Legion, Post No. 20. He was a Ford man, through and through, and had many stories about various cars and his adventures in them. You could often find Dick in his boat fishing in local waters, especially Echo Lake and the Connecticut River as he grew up on that river in his childhood Monroe home. He was an avid sports fan, loving the Patriots, Dallas Cowboys, and Red Sox, and enjoyed and participated in sports his entire life. His participation in both horse shoes and bowling resulted in many trophies (and some hilarious stories). His many years spent in McLure’s Band gave him much pleasure and his love of band music continued his whole life.

Dick lived at the Grafton County Nursing Home for five years. During that time he made new friends with both staff and residents, who became more like extended family to him. He remained competitive in the games and activities he

participated in and enjoyed the music gatherings there. Family would often get stories of his escapades and his sense of humor. His time at the Grafton County Nursing Home was enhanced by the love, care, comfort and support given to him by the truly outstanding staff there.

A graveside service will be held Sunday, August 29, 2021 at 11:00 AM at the Monroe Village Cemetery on Plains Road in Monroe, NH, followed by a gathering at the Monroe Town Hall.

In lieu of flowers the family is requesting donations be made to the Grafton County Home Association, 3855 Dartmouth College Highway, N. Haverhill, NH 03774.

To order memorial trees or send flowers to the family in memory of Richard George Choate, please visit our flower store.
Send a Sympathy Card