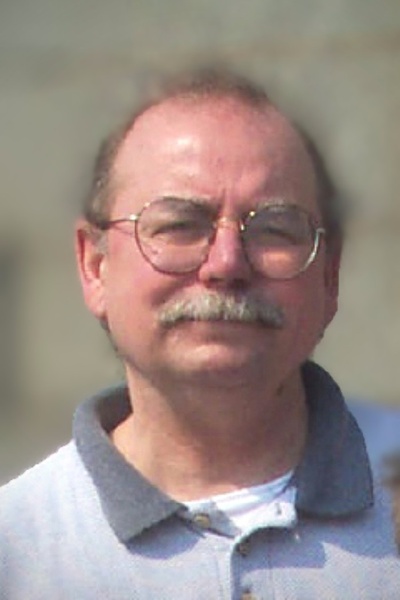 Richard Patrick Mitchell, 74, died on April 13, 2022 at home in Manchester, NH, after a period of declining health. He was born 5/27/1947 in Kingsburg, California to Patricia (Callison) Mitchell and James B Mitchell.  He is survived by his wife Nancy Ferree and two sons Patrick Mitchell and Samuel Mitchell. Also, a niece Patricia, nephews Scott and Sean and their children. He is preceded in death by his parents and his brother James Rodney (Rod) Mitchell.

His father was an Air Force pilot and the family lived on military bases in several places including California, England, Texas, Alaska (not in that order). He attended high school in Waco, Texas.

He served in the Navy during the Vietnam war as a hospital corpsman.  Then he attended the University of California at Fresno and graduated with a BA in Psychology, and continued in graduate school for two years in clinical psychology.

After college he worked as a Tax Examiner for the IRS, and a Customs Inspector on the Vermont - Canada border, then hired into a training program for computer programmers with the Defense Logistics Agency where he met his wife, Nancy.

He had a long career in IT as a Programmer /Analyst, or Project Leader, for many companies including Defense Logistics Agency, Banc Ohio, Chubb LifeAmerica Insurance, New Hampshire Insurance, Peritus, and ICOMS. Subsequently he was a Tax Preparer and Office Manager for H&R Block in Manchester NH.

Rick’s interests included ancient civilizations and archaeology (should we mention ancient aliens or area 51?), art (he did some oil painting), photography, cooking, boats (he owned a 20’ sailboat and later a 36’ wooden cabin cruiser). He liked rock music, classic movies and all the related trivia. He would start a new hobby project and then pull in Nancy, regardless of interest, to help with it. He was an avid and opinionated follower of party politics. He became engrossed in his computer projects; he loved playing golf and watching it; and he was entertained by his cats.

Rick was a major presence in the lives of his wife and sons and his absence will be felt greatly.

Visitation and an informal memorial will be Tuesday, April 26, from 4:00 pm to 6:00 pm at Phaneuf Funeral Home & Crematorium at 243 Hanover Street, Manchester, NH.  Hawaiian shirts are acceptable attire.

In lieu of flowers the family suggests a donation to an animal rescue organization, cancer research, or environmental protection.

To order memorial trees or send flowers to the family in memory of Richard P. Mitchell, please visit our flower store.