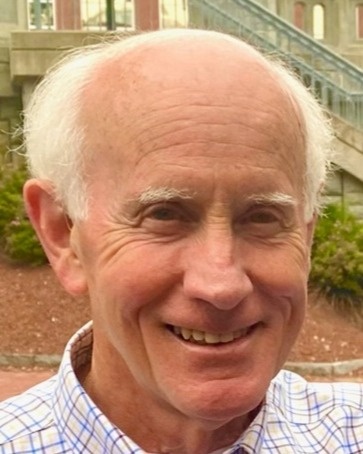 Richard was born on July 31, 1946 to Joseph Jr. and Margaret Rodrick in Jersey City, New Jersey.

He grew up as a twin with four brothers and one sister, and attended St. Michael’s High School. Among his many talents, Richard was an incredible storyteller. He always loved sharing his memories and telling stories of times with his family and friends in Jersey City.

Richard married the love of his life, Joan, on June 14, 1969. He could never forget seeing her for the first time at her college, dancing in a beautiful dress; although they could never agree on the color. During their 53 years of marriage they loved to travel. Their favorite place was their home away from home in Maui, Hawaii. Their love for each other and for the island was celebrated each year, including celebrating milestone anniversaries and being “re-mauied”.

Richard was passionate about his family and dedicated his life to their happiness and success. He had two amazing daughters, Penny and Jacquelyn, who continued to make him proud in all that they did. Penny married Christopher Williams, and Jacquelyn married Keith Byron, adding two wonderful men to the family. He felt even more blessed with the addition of his five grandchildren: Alexander, Avery, Benjamin, Kyle, and Haley. Richard was never more proud than when watching his grandchildren as they participated in sports, music, and stage productions. He loved making them laugh, which he did often!

Richard had a never ceasing curiosity to understand the world around him. His love of learning led him to earn a degree in Mechanical Engineering at Newark College of Engineering (NJIT). He continued to follow his passion to pursue a Law Degree from Seton Hall Law School.  Finally, he added a Master’s Degree in Biomedical Engineering from Farleigh Dickinson University.

His background and education led him to the position of Vice President and Chief Intellectual Property Counsel at Becton, Dickinson, and Company in New Jersey. Under his leadership, thousands of patents were filed and issued while supporting his department. When he was ready for a new challenge, Richard served as General Patent Counsel at SC Johnson and Son in Wisconsin before retiring 15 years ago.

Richard’s curiosity did not end at work. He was an avid reader of history. He believed strongly in the American dream and followed politics closely. He built a home library of American history books and as his grandchildren grew up, he had in-depth and thoughtful discussions with them about the past, present, and future. He was very patriotic and was a dedicated supporter of the United States armed services. When he wasn’t reading, Richard explored new wines to add to his collection. He also spent his time with the family dogs – most recently Canuck and Pali – with whom he had a special connection.

Above all, Richard had a kindness and warmth that made everyone around him feel supported and appreciated. This was clear as he served as the president of the Highland Homes Board in his new home in New Hampshire. In this role, he helped homeowners and community members whenever he could.

Appreciating the power of education, Richard established the Richard J. Rodrick Endowed Engineering Scholarship at New Jersey Institute of Technology. This scholarship is awarded to a female engineering student to acknowledge both the strong work ethic of his daughters and the support that he received as a student himself.

Richard was predeceased by his parents, his brothers Edward, Norman, Joseph, and his nephew, Justin Durso.

He is survived by his wife, Joan, his daughters and their husbands, Penny and Christopher and Jacquelyn and Keith, his grandchildren, Alexander, Avery, Benjamin, Kyle, and Haley, his twin brother, Robert and his wife, Kathy, his sister, Peggy and her husband, Tony Durso, and his sisters-in-law Pat, Dot, and Merrily. He will be greatly missed by all who loved and knew him.

In lieu of flowers, donations may be made to the following charities and programs that Richard supported:

SERVICES: A Celebration of life will be held on Tuesday, October 18th at 3-5pm with a Memorial Service following immediately at 5pm at the Phaneuf Funeral Homes, 243 Hanover Street, Manchester, NH. Family and friends are invited to attend.

To order memorial trees or send flowers to the family in memory of Richard Rodrick, please visit our flower store.