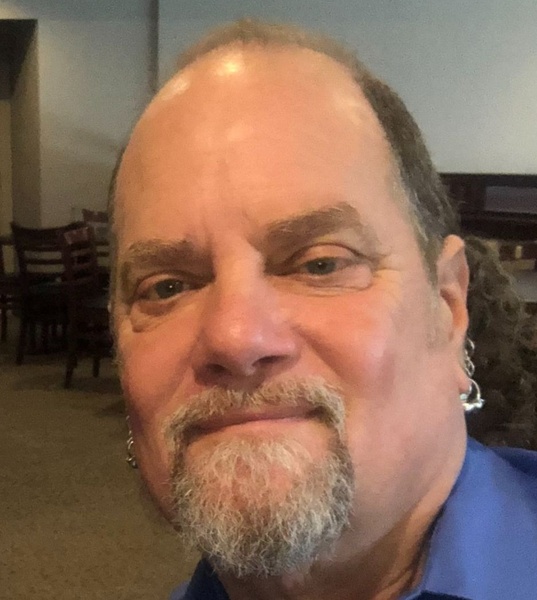 Richard M. Stefanik, Jr. 60, of Manchester, NH died on Thursday, January 6, 2022 at Catholic Medical Center, in Manchester.
Rick was born on November 9, 1961, in Manchester, NH, the son of the late Richard M. and June (Cuneo) Stefanik, Sr. He lived in Manchester his entire life, with the exception of 6 years when he and his family lived in Arizona.
Rick would be the first to tell you that any good story “started with a couple of beers.” After an adventurous youth spent in Catholic schools, the story of Rick’s adult life really did begin with a couple of beers. Rick met his wife of nearly 40 years, Linda, through a mutual friend at a party they hosted. They were nearly inseparable from the beginning. The next four decades included many highs and lows, but their bond was unshakeable.
After beginning a career in construction in the early 80s, Rick started his own company, RLASS Framing & Remodeling, in 1998. For the next 20 years, Rick operated RLASS, mostly as the sole employee with just his wife on site to keep him company. As a result, Rick and Linda spent the last 23 years together nearly 24/7.
When he wasn’t working, Rick enjoyed tinkering in his workshop, building anything you can think of out of wood, from can openers and wind chimes to custom picture frames and party games. In the last two years he also enjoyed sharing his workshop with his best friend, his grandson Jace. Nothing made him happier than watching Jace discover the joys of a tape measure or drill.
For the last four years Rick also became an avid walker, completing 5k walks every Saturday and Sunday with his dog Makita, and daughter, Mandi, occasionally varying the length and even completing a half marathon. The group walked in rain, snow, and sleet, usually preferring walks in such weather to sunny summer walks.
Rick also had an interest in cars and participated in car clubs with his daughter, Sarah. His pride and joy was his ’85 Dodge Ram Charger, but enjoyed checking out any old vehicles. As a member of JAK Kustoms, they participated in numerous charity events to raise money for veterans and the community.
Rick was also the life of any party. Whether the gathering to celebrate a particular event, a birthday party, or just a bonfire in his son Alex’s backyard, Rick could always be found at the center of a crowd telling stories about his youth, his family, or even just something that happened during the day. He could weave a story kept everyone captivated, even if it wasn’t their first time hearing it. Rick’s storytelling and dad jokes will be missed, especially in the evenings as Rick wasn’t a mourning person.
Members of his family include: his wife of 38 years, Linda (Perley) Stefanik, two daughters, Mandi and Sarah Stefanik, a son, Alex Lara, and one beloved grandson, Jace Stefanik, all of Manchester; four sisters: Donna Stefanik, of Seattle, WA; Tami Goodwin, of Goffstown, Tina Annis, of Queen Creek, AZ; Heidi Boulet, of Bennington, NH; several cousins, nieces and nephews.
SERVICES: Calling hours will be held on Thursday, January 20, 2022, from 4 – 8 PM at Phaneuf Funeral Homes & Crematorium, 243 Hanover Street, in Manchester. Interment will take place at a later date in St. Hedwig Cemetery in Bedford. NH.
Donations can be made to the American Lung Association or JAK Kustoms (jakkustomsfoundation.org) in memory of Rick.

To order memorial trees or send flowers to the family in memory of Richard M. Stefanik, Jr., please visit our flower store.