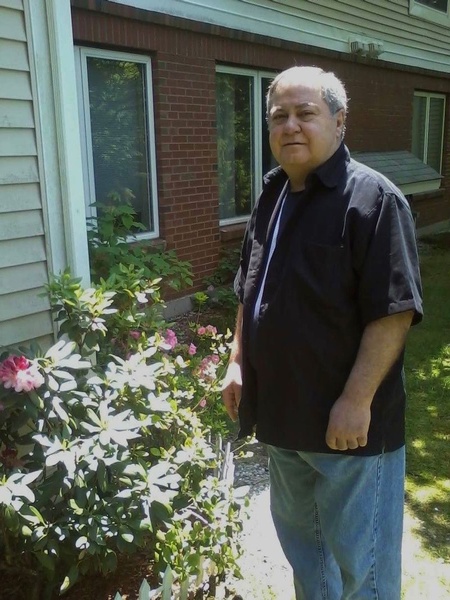 Robert was born in Manchester, NH and was educated and lived most of his life in Goffstown where he was surrounded by his family, including his children Nicholas, Nathan, Neal, and Nicole. After school he spent several years in the Army, stationed in Germany and was proud of his service to his country throughout his life. Upon his return he worked at the State of NH Liquor Commission for many years.

Those who knew Robert will remember him as a kind and caring man with a big heart and an undying love for his family. Throughout his life he loved going to the beach and the lake, going on walks by the river, and watching his Yankees play. Above all else, Robert loved his family immensely, and he will be deeply missed by all whose lives he touched.

A visitation and service will be held on Monday, May 17 from 12:00 â€“ 1:00 at Phaneuf Funeral Homes, 250 Coolidge Ave, Manchester, NH. He will be laid to rest immediately afterwards at Mt. Calvary Cemetery.

Donations in Robert's memory can be made to St. Jude's Children's Hospital.

https://www.stjude.org/donate/donate-to-st-jude.html?sc_dcm=58700006942402314≻_cid=kwp≻_cat=b&ds_rl=1285465&gclid=CjwKCAjwnPOEBhA0EiwA609ReW_Kf0UyckRaM0RwHHKYL-0-dqqZFwVIhG2gVe2v9UrF7y2ZcWj-QRoCaVgQAvD_BwE&gclsrc=aw.ds
To order memorial trees or send flowers to the family in memory of Robert H. Gibeault, please visit our flower store.