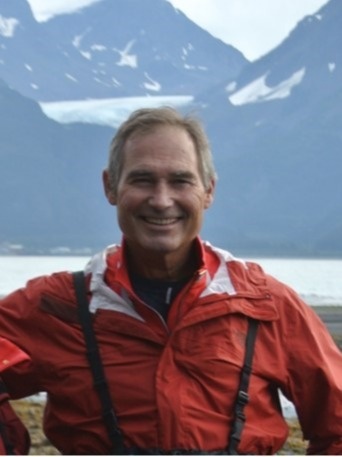 Robert Allen Herrick of Bedford, NH passed away in the early hours of May 6. He was surrounded by his family with his wife Kris at his side, her hand in his. He was so blessed to have the unwavering love and support of his three brothers, Bruce and Brian Herrick of Merrimack, NH, and Glenn Herrick of Dripping Springs, TX.  Their wives, Ann Herrick, Nancy Herrick, and Nancy V. Herrick supporting in so many ways.

Robert, also known as Bob or Harry, was born on August 25, 1954. He was the son of the late Robert and Beatrice (Rivard) Herrick. He shared 45 years of marriage with his wife Kristin (Lehto) Herrick. Bob was raised in Maynard, MA and was a graduate of Maynard High School, later earning his bachelor’s degree from North Adams College.

Bob was a family man. He was so proud of his sons and their families, Timothy Herrick of Marietta GA, Brendon Herrick, his wife Natalia Maria Herrick of Foothill Ranch, CA, Andrew Herrick and his life partner, Alexandra Kroen of Epsom, NH. He worshiped his grandchildren, Colton, Skylar, Greyson, Leighton, and Lia. He will be smiling from above when his newest grandchild arrives in September.

Bob began his career in the corporate world. He worked for several technology companies as a procurement specialist but realized his true passion was creating with stone. He absolutely loved stone-from every form, every shape, and every heft. He decided to turn his passion and unmatched work ethic into a successful business.   Often you would find Harry sharing that passion by talking about his projects with anyone who would listen.  Bob meticulously crafted stunning waterfalls, patios, outdoor water features, outdoor ovens, and fireplaces. These were not just hardscapes but were exquisite works of art. He put his heart and soul into every creation.

If Bob wasn’t working the stone, you could find him on the ski slopes during the winter season. His happy place was on top of a mountain accompanied by his son and buddies ready to carve his edges into the fresh powder. Watching him glide down a double black diamond with ease was sheer perfection. Bob also had an affinity for other leisure pursuits including trail biking, tennis, golf, kayaking, food, and music.

Nights spent enjoying an outdoor fire in his fireplace masterpiece with cherished friends and family was his idea of leisure time well spent. Enjoying a beer with friends anywhere anytime was a close second.

He spent many summers vacationing on Nantucket where he enjoyed spending time with his sisters and brothers-in-laws, Steph and Bill (deceased) Susetka, Karin (deceased) and Ken Viafore, and John and Suzanne Morgan along with all his nieces and nephews.

Bob was an easy-going, kindhearted man who was loved by everyone who met him. He was a man who gave to the world through his art and goodness. He will be remembered for his beautiful smile. More importantly, he will be remembered by those who knew him as someone who lived life on his terms and lived well. His legacy will live on through his family, friends, and his beautiful stone creations found throughout New England.

A Celebration of Harry’s Life will be held on July 18 at the Barn at Bull Meadow (www.BullMeadow.com) in Concord, NH from 4-7 pm.  If you plan on attending, please bring your favorite small stone to add to a memorial rock garden.

To order memorial trees or send flowers to the family in memory of Robert Allen Herrick, please visit our flower store.

The Barn at Bull Meadow