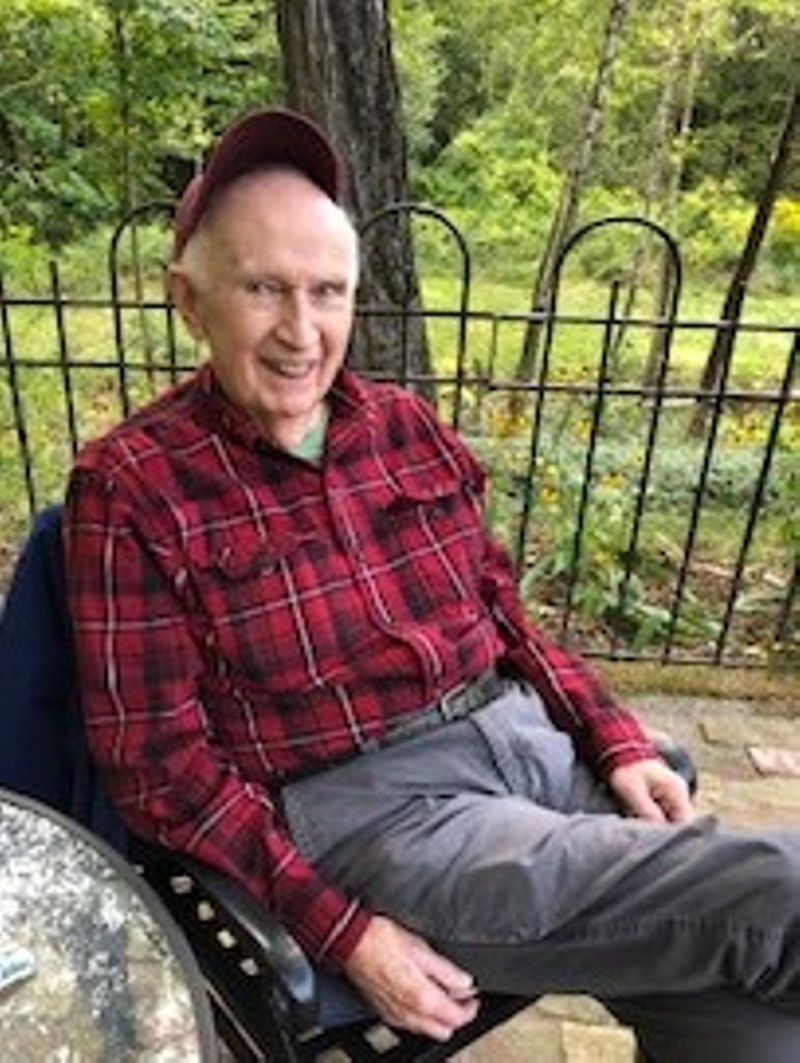 On October 6th Robert Eugene Knapp, formerly of Weare, NH passed away at the age of 90. Bob was born on May 20th, 1930 and lived in Putnam, CT, Kenmore, NY, and Newton, MA prior to settling in NH. He studied at Northeastern University before joining the Army where he attended the Army Language School and served in the Korean War as a Russian Language Specialist. After returning from his post, he spent a memorable season skiing in Oregon and then earned a BS in civil engineering at UNH and an MBA at Babson College. Bob held many jobs: as a young boy he delivered groceries to apartments and picked beans, as a teen he built greenhouses, in college he drove tow trucks and ice cream trucks. He was working as a civil engineer when he met his wife, Colette Daraignez Taylor. His new family, including Colette's three young children, settled in Epsom, NH. While raising his family in NH, Bob worked for the NH Highway Department, Blue Cross and Blue Shield, the NH Hospital Association, and finished his career as an administrator at Concord Hospital.

For 50 years Robert and his wife Colette lived in Weare, NH where he enjoyed organic gardening and cutting, splitting, and stacking wood. He raised his seven children in Weare and was involved in their academic and sporting events. Bob and Colette moved to Havenwood Heritage Heights in 2017. A quiet man, Bob pursued a deeper understanding of his faith and spent his last years caring for his wife, Colette, who resides at Havenwood.

Bob was preceded in death by his brother Theodore Knapp, sister Phyllis Orcutt, stepdaughter Lorraine Simpson, and her daughter, Becky Fifield. Bob is survived by his wife Colette and their children, Robert Taylor, Suzanne Taylor, Christine Knapp, Tracy Misiaszek, Marilyn Knapp, and Jennifer Lanciault. He is fondly remembered by his sister, Mildred McMullin, his nieces and nephews, and his grandchildren.

Services will be held at a later date. Bob was a great supporter of New Hampshire Public Radio and if you would like to support this organization in his memory donations can be made online at: www.nhpr.org or by mail: NHPR, 2 Pillsbury St, 6th flr, Concord, NH 03301. Phaneuf Funeral Homes & Crematorium is assisting the family with arrangements. To view an online memorial, leave a message of condolence, or for more information please go to www.phaneuf.net.
To order memorial trees or send flowers to the family in memory of Robert E. Knapp, please visit our flower store.
Send a Sympathy Card