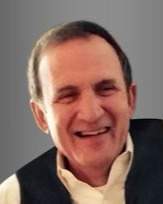 He was born in Manchester on March 21, 1955, the son of Norman and Mary (Boissoneault) Prince. He was a graduate of Memorial High School Class of 1974 where he was the defensive end of the football team. He went on to coach Pop Warner Football for the Manchester Blue Devils. Bob enjoyed the coast of NH and MA and salt water fishing. He worked in the warehouse at Coca Cola Bottling Company for many years until his retirement. He was predeceased by his father and by his sister, Ann (Prince) Hebert.

A Memorial Mass of Christian Burial will be celebrated on Tuesday, November 22 at 10:00 AM in St. Pius X Church. Urn burial will follow in the family lot at St. Joseph Cemetery, Bedford. In lieu of flowers, donations may be made in his memory to the Mental Health Center of Greater Manchester at https://www.mhcgm.org/donate/

Phaneuf Funeral Homes and Crematorium, Manchester, is in charge of arrangements. To view an online tribute, send condolences to the family, or for more information, visit https://www.phaneuf.net

To order memorial trees or send flowers to the family in memory of Robert N. Prince, please visit our flower store.