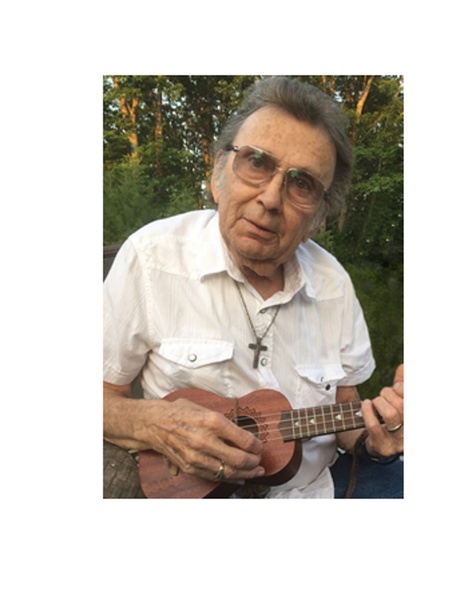 Roger A. Pratte, 79, of Bedford NH, passed away peacefully on July 2nd, 2021, surrounded by his large loving family. Born on August 16, 1941 to the late Lucien & Antoinette (Dupont) Pratte, Roger would go on to marry his best friend and love of his life Lucille, with whom he shared 58 years of marriage.

Roger was born in Manchester, NH and was a lifelong resident of NH. His deep family ties and large family kept him happy and fulfilled throughout his long life. In his younger years he served in the US Air Force, a service of which he was proud of his entire life. After the military, Roger enjoyed a long and storied career in music. In 1959 he was the lead singer of Sonny Lane & the Downbeats, toured the east coast with his band and sold over 100K copies of the song "Growing Love" with his natural showmanship and vocal talent. In his later years he worked as an insurance agent for Prudential which helped support his family and his continued love of music.

Those who had the privilege of knowing Roger will remember a charismatic, generous, and selfless man who would do anything to help others and who had the biggest heart. He was always looking out for those in need and was known to give more than his share. Countless moments of joy, laughter, music, and fun will be remembered by all who knew him. Roger was always happiest when surrounded by those he loved, whether he was singing and playing guitar in his family band "Red Wine", performing his famous magic tricks, or making us laugh with his unique "dad" humor, Roger was at his best with his people. He particularly enjoyed attending the many sporting events, dance recitals, and shows that his grandchildren were involved in. Through the many guitar lessons he gave to his children and grandchildren, his gift of music will always be with us. Throughout his life he was devoted to his Catholic faith, and will undoubtedly be waiting for us in heaven, guitar in hand.

Donations in Rogers memory can be made to St. Jude Children's Research Hospital.
To order memorial trees or send flowers to the family in memory of Roger A. Pratte, please visit our flower store.