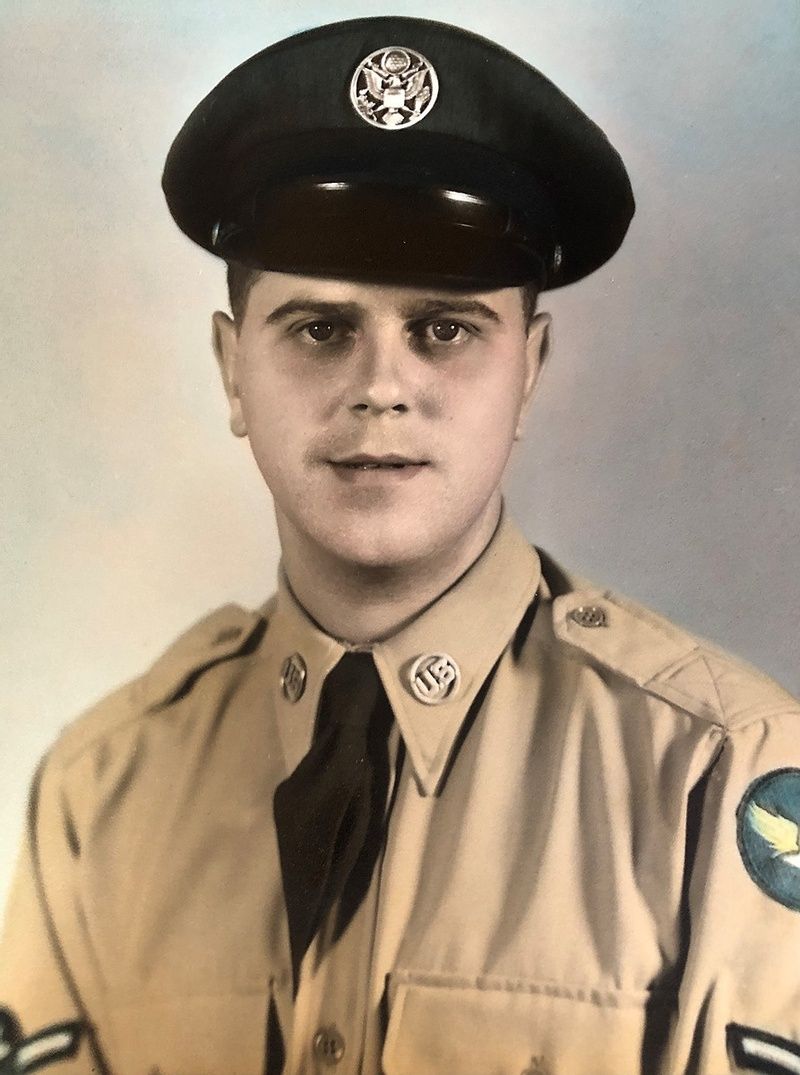 Romeo G. Chouinard (Romie), a resident of Brookdale Sprucewood in Durham, NH passed away on May 22, 2021 with his loving wife and two daughters by his side. Romie was a kind and gentle man and was loved by all who knew him.

Born in Manchester, NH on January 19, 1929, the son of Auguste and Leona (Dionne) Chouinard. He attended local schools in Manchester.

In 1950, he joined the Air Force during the Korean War and retired as Chief Master Sgt. after 34 years of active duty and full time reservist with the NH Air National Guard. He was a lifetime member of the Armed Forces Top Enlisted Association.

He married his beloved wife, Irene Laliberte in 1953. He and Irene spent 25 winters at their home in Florida and summers at their NH and Maine homes. They were avid square dancers, ballroom and round dancers for over 35 years, dancing in Florida, NH and Maine.

After retirement he obtained a real estate brokers license and worked part time for 5 years.

He enjoyed playing tennis until age 78 and had to stop due to a shoulder injury. His priority in life was his love, care and devotion to his wife and two daughters.
In addition to his parents, he was predeceased by his only sibling, Roland, who died in 1982.

In lieu of flowers, donations can be made to The American Cancer Society or Liberty House Inc. in Manchester, NH.

Out of respect for Romie's family and our elderly guests, we kindly ask that you wear a mask to the service.

ARRANGEMENTS: His service will be held in the Phaneuf Chapel,172 King St. Boscawen, NH, on Thursday, June 3, 2021 from 10:00am to 11:30am followed by a private ceremony for immediate family at the Veteran's Cemetery.
To order memorial trees or send flowers to the family in memory of Romeo G. Chouinard, please visit our flower store.
Send a Sympathy Card