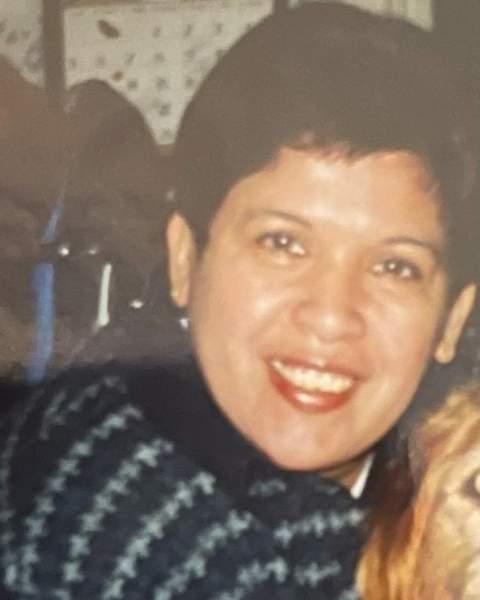 Rosebelle Datta, beloved wife and mother of three children and ‘mamma’ of her little dog, Benji, passed away peacefully in her sleep at her Bedford, NH home on November 9th, 2022 at the age of 66.

Rosebelle of Mumbai, India, born on February 15, 1956 was the daughter of Benjamin and Mabel Pereira and the sister to 4 brothers, Claude, Raymond, Sebastian and Ferdinand. Rosebelle came to the US in 1985 and lived in several states in the US including Rhode Island, Michigan and Massachusetts. She lived in Bedford, NH for the past 30 years and frequently traveled to many countries abroad. She leaves behind her husband of 42 years, Utpal and three children, Kunal Datta , Kaveri Barros, Deepti Datta and son-in-law Paul Barros; her brothers Claude Pereira, Ferdy Pereira; brother and sister in-laws Amit & Susan Datta, Arun & Meher Datta, nephews Sumon Datta, Hansel Pereira; niece Chynelle Pinto and of course her little dog Benji. Before her passing she held close in memory her late brothers “Ray”, “Sabby”, late nephew Avijit “JJ” and late pups Chunky and Tobe.

Rosebelle was a kind and friendly person who always had something interesting and amusing to say. Her special talents were to strike a warm conversation with any stranger that usually ended with a roar of laughter or to say a prayer for anyone who needed one. She was also known to speak her mind and was known to be quite sassy and unapologetically herself.

Rosebelle was a stay at home mother. Her love for children helped her run a home daycare for 20 years while taking care of her own three. Her biggest pride and joy were her children and would continuously say “I don’t know how we did it, but we raised three great children”. She also believed in giving back when she could and frequently donated to St. Jude Children’s Children’s Hospital.

She will be missed by her family and many friends here in the states, India and in several other countries around the world.

A celebration of Rosebelle's life will be held on Saturday, November 19 from 1:00 PM - 3:00 PM at Phaneuf Funeral Homes, 243 Hanover St. Manchester, NH. Friends and family are also welcome to join the family at Annapurna Curry & Sekuwa House for food and refreshments after the service at 123 Hanover St, Manchester, NH 03101.

In lieu of flowers, her family asks that you continue on her act of giving by donating on behalf of her to the St. Jude Children’s Hospital. Donations can be made here at St. Judes Children's Hospital

To order memorial trees or send flowers to the family in memory of Rosebelle G. Datta, please visit our flower store.