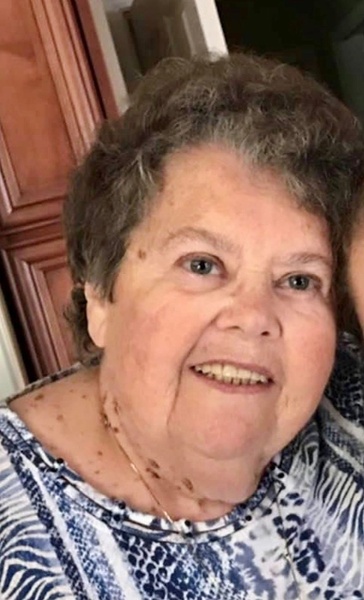 Ruth-Ann Tracy Bailey, 81, of Wardsboro, VT died Tuesday June 8, 2021 at Vernon Green Nursing Home in Vernon VT. She was born on October 20, 1939 in Concord, MA., the daughter of Howard and Portia (Hardy) Tracy. She grew up in Candia, NH and then later moved to Suffield, CT where she graduated high school.
She married Douglas Bailey Sr. on August 12, 1961 in Agawam, MA. and lived in Enfield, CT until 1975 when they moved to Wardsboro VT. The two were happily married for 57 years. She was the Wardsboro Town Clerk for several years, and then worked at Grace Cottage Hospital as a nurse's aide. She fell in love with nursing and decided to go to school to become an LPN. After some years of working as an LPN, she became the director of the Valley Health Council in Townshend.
Rudy enjoyed making ceramics and baking for family. She was known for her chocolate fudge, baked beans, and apple pies. She was a girl scout leader and loved working with children. She loved snowmobiling, boating, water skiing and square dancing. She was active in her church and taught Sunday school classes. She loved spending time with family and will be missed by all that knew her.
A Graveside service will be held at 1pm on Sunday June 13th at the South Newfane Cemetery, South Newfane, VT. Family, and friends are invited to a luncheon at the Bailey family home in Wardsboro following the service.
In lieu of flowers, those who wish may make a memorial contribution to Samaritans Purse www.samaritanspurse.org . A ministry that some may know as Operation Christmas child or the Children around the world.
To order memorial trees or send flowers to the family in memory of Ruth-Ann Tracy Bailey, please visit our flower store.