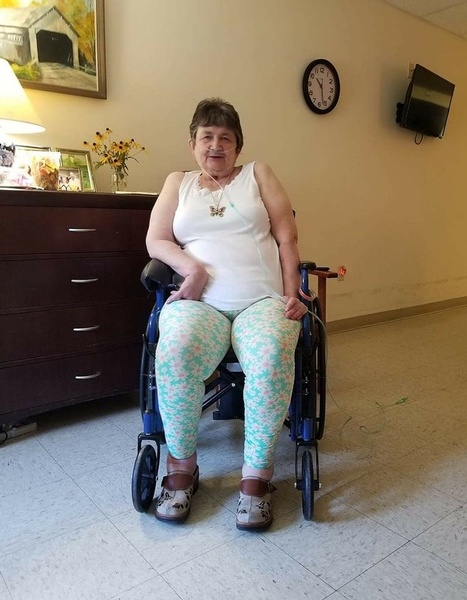 Sharon Ann (Carey) Newell, 68, died peacefully on Tuesday, June 8, 2021 at Pine Heights Center for Nursing & Rehabilitation in Brattleboro, VT. She was born on September 27, 1952 in Townsend, VT, the daughter of Verne T. and Marguerite E. Carey.

Sharon loved to play Bingo and Pogo. Above all else she loved time spent with her grandchildren.

Sharon was predeceased by her father, Verne T. Carey.

The family wishes to acknowledge the entire Pine Heights Community for the exceptional care, love and compassion extended to her over the past three and a half years.

A graveside service will be held on Friday June 18th at 11 AM at South Newfane Cemetery. Family and friends are invited to attend.

Those who wish may make a memorial contribution to Pines Heights Center for Nursing & Rehabilitation Services Activities Department.
To order memorial trees or send flowers to the family in memory of Sharon Ann Newell, please visit our flower store.