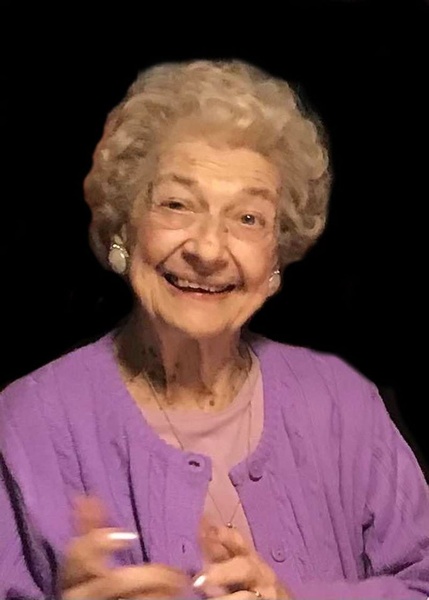 Sophie (Ziobro) Poltack, 90, of Manchester, NH passed away peacefully in her sleep on Sunday, July11, 2021.

Born and raised in Manchester, she was married to the love of her life Bernard Poltack and together they ran Bernie's Ignition until his retirement. They enjoyed 61 years of marriage before his death in 2015.

Sophie was an amazing mother to her children and an outstanding mother figure to those in need. She was kind, thoughtful, and a lady through and through.
Sophie was a valued member of United Commercial Travelers Manchester Council 195 for 40 years where she made lifelong friends. She was a Past Councilor of Manchester Council 195 and she was also on the Executive Committee. She was known for her love of dancing with Bernie at UCT conventions and for hosting great parties and card games. Sophie also enjoyed cooking and spending time with her family and friends. When it came to being a hostess, there was no one better than Sophie.

Sophie was predeceased by her loving parents Walter and Anna Ziobro, and her beloved sister Stella Ziobro.

She will be forever missed by those she leaves behind including her children, Stephen and his wife Stephanie Poltack of Manchester NH, Cynthia Poltack of Merrimack, NH and Michael Poltack of Candia, NH as well as her grandchildren Joseph Poltack, Jacob Poltack and Nicole Poltack. She leaves behind many nieces and nephews, cousins, and many friends.

Calling hours for Sophie will be held on Thursday, July 15th from 4:00 PM â€“ 8:00 PM at Phaneuf Funeral Homes, 243 Hanover St. Manchester NH. A funeral mass will be held the following day at 10:00 AM at the Holy Trinity Cathedral in Manchester, with a cemetery committal afterwards.

In lieu of flowers the family would love for donations in Sophie's name to be made to the William J Moore Center. 195 MacGregor St. #400, Manchester, NH 03102 â€“ an organization near and dear to her heart.
To order memorial trees or send flowers to the family in memory of Sophie H. Poltack, please visit our flower store.