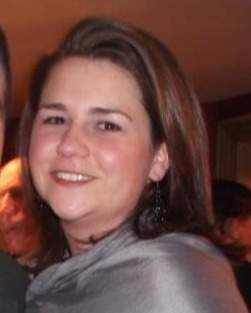 She was the wife of Garry Rooney. They were married on June 10, 2006, at the Castle on the campus of Boston University.

Tenley grew up in Candia, N.H. and attended Moore Elementary School and then Manchester High School Central in Manchester N.H., graduating in 1997.  She was a member of the 1997 Central Girls Basketball team that won the NH Class L Championship in 1997. Tenley went on to college at Boston University graduating in 2001 with a Bachelors degree in Journalism from the BU College of Communications. While a freshman at BU, as a “walk-on”, she became a member of the Women’s Crew Team. After graduation from BU, she went to work in the newspaper business at the Boston Herald.  She worked at the Herald for fourteen years spanning the time that included 9/11 to the Marathon Bombing.

Tenley and Garry moved from Boston to Manchester N.H. purchasing their home on River Road in 2013.  In 2014 their daughter Isla was born. Tenley left the Boston Herald and joined St Paul’s School in Concord N.H. in their communications department.

One of Tenley’s passions growing up was being involved with horses. She took lessons and worked with horses at Different Drummer Farm in Candia. She and her friends enjoyed going to horse shows and the Hunt Seat competitions.

Tenley enjoyed the camaraderie and the friendships she developed over the years playing high school basketball, AAU basketball and the BU Crew team.  She enjoyed working with her husband Garry refurbishing and decorating their one-hundred-year-old Manchester home. She loved being a mother and entertaining for the holidays. One of her favorite things was creating unique Halloween costumes for her daughter Isla and son Cian.

During her pregnancy with her son Cian, she was diagnosed with stage 4 cancer that had spread to her hips and her liver. After a two-year courageous battle with cancer, she succumbed on September 11, 2022.

Tenley is survived by her husband Garry Rooney, her daughter Isla and son Cian all of Manchester N.H., her parents Bonnie and David Woodman and brother Grant Woodman all of Candia N.H., her father and mother-in-law Eamon and Eileen Rooney of Ireland, sisters-in-law Caroline Rooney of Boston, Ma. and Colette Rooney of Australia, nieces, aunt Joyce Woodman Fairbank of Michigan, aunt and uncle Leslie and David  Parish of Texas, cousins Tamara Fairbank of Orange N.H., Douglas Fairbank  and Scott Fairbank of Michigan, Catherine Davila and Margaret Wingard of Texas, Anja Parish of Manchester NH.

SERVICES: Visitation will be held on Saturday, September 17 from 4-6 PM, with a funeral service beginning at 6 PM, at Phaneuf Funeral Homes, 243 Hanover Street, Manchester, N.H, Interment will be on Sunday, September 18, 2022, at 12 noon at the Head Cemetery, Hooksett, N.H.

To order memorial trees or send flowers to the family in memory of Tenley A. Rooney (Woodman), please visit our flower store.