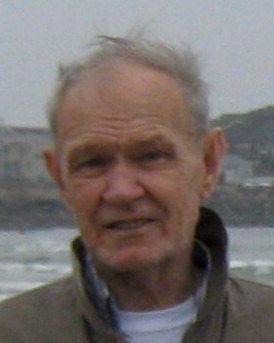 William “Billy” Idzelis, 86, died Tuesday, October 25, 2022, at Evergreen Place in Manchester, NH with his loving family by his side. He was born in Lithuania on January 18, 1936, the son of the late George and Martha (Wesols) Idzelis.

As a result of World War II, Billy lived in a displaced persons camp before immigrating to the United States through New York Harbor at the age of 14. He resettled with his family in Freeville, NY, and in his later years moved to New Hampshire, becoming a resident of Evergreen Place in 2010. The compassionate staff there became a second family to Billy, providing exceptional care.

A sharp-eyed observer, Billy loved to paint and draw, enjoying trips to the Currier Museum of Art with his close niece Christine. Billy’s strength of spirit, sweet soul and independent sense of style brought joy and inspiration to his family.

Billy is survived by his siblings, Gertrude Keenan and her husband, Larry Keenan of Wolfeboro, NH, and John Idzelis and his wife, Deborah of Venice, FL; and his nieces and nephews, Kelly Keenan, Larry Keenan Jr., Edward Keenan, Katherine (Idzelis) Von Jan and Christine Idzelis.

A private burial will be held in Willow Glen Cemetery in Dryden, NY, where Billy will be laid to rest with his parents.

In lieu of flowers, those who wish may make a memorial contribution to the hospice care provided by the Visiting Nurse Association of Manchester and Southern New Hampshire, located at 1070 Holt Avenue, Suite 1400, Manchester, NH 03109. You can also make a donation online.

To order memorial trees or send flowers to the family in memory of William "Billy" Idzelis, please visit our flower store.